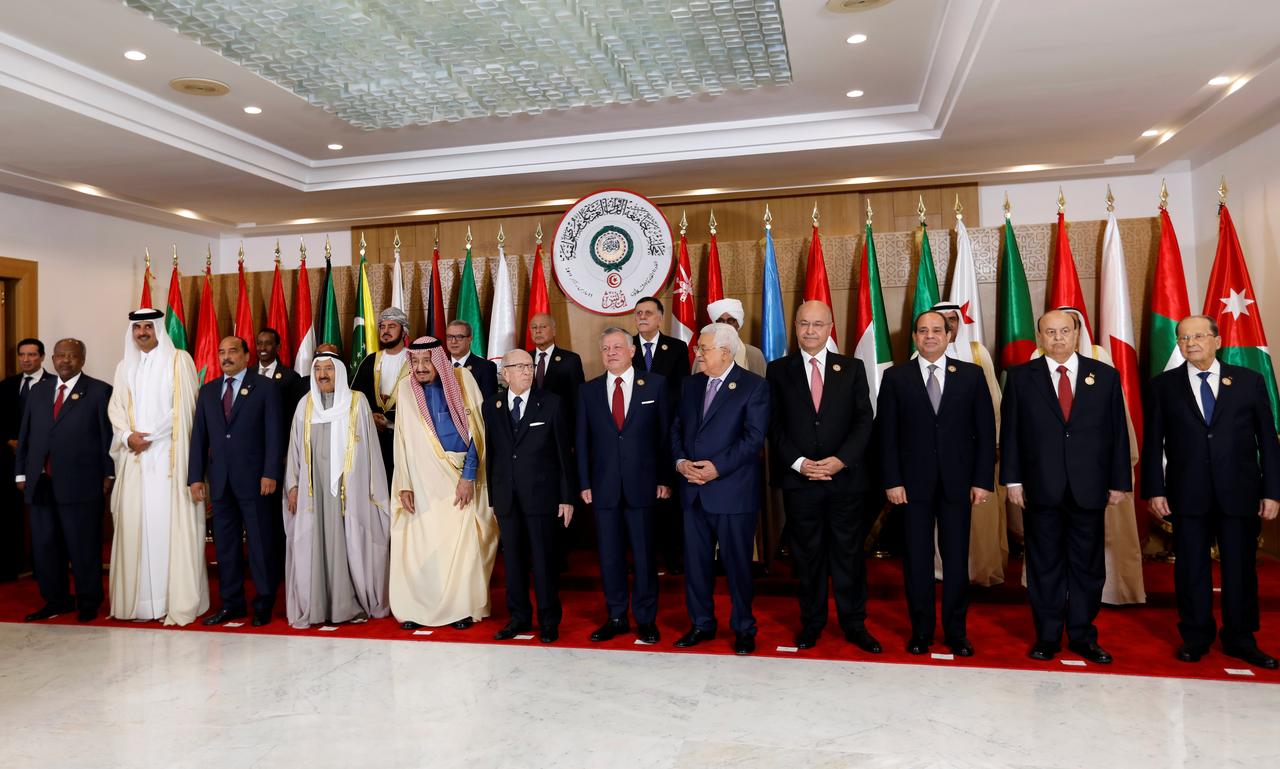 Arab leaders, gathering at summit in Tunis, have been under popular pressure to reject Washington’s action, while they also grapple with regional differences, including a bitter Gulf Arab dispute, splits over Iran’s regional influence, the war in Yemen and unrest in Algeria and Sudan.

The abrupt departure from the summit of Qatari Emir Sheikh Tamim bin Hamad al-Thani, who is locked in a row with Saudi Arabia and other Arab allies, suggested regional differences were not easily buried. No reason was given for his departure.

President Donald Trump’s signed a proclamation last week recognizing the Golan Heights as part of Israel, which annexed the area in 1981 after capturing it from Syria in 1967.

The Saudi king’s condemnation echoed those of Arab officials before Sunday’s summit of the Arab League, which usually ends with a final declaration agreed by the 22 member states.

Trump’s Golan decision followed a U.S. move less than four months ago to recognize Jerusalem as Israel’s capital, a decision that also drew Arab condemnation. Palestinians want East Jerusalem as the capital of a future state.

Regional and international stability should come through “a just and comprehensive settlement that includes the rights of the Palestinian people and leads to the establishment of a Palestinian state with Jerusalem as its capital,” Essebsi said.

U.N. Secretary-General Antonio Guterres, who addressed the meeting in Tunis, said any resolution to the Syrian conflict must guarantee the territorial integrity of Syria “including the occupied Golan Heights”.

The Tunis summit brought together the rulers of Saudi Arabia and Qatar for the first time at the same gathering since 2017 when Riyadh and its allies imposed a political and economic boycott on Doha.

Saudi Arabia, the United Arab Emirates, Bahrain and Egypt accuse Qatar of supporting terrorism and say it has been cosying up to Iran, a charge Doha denies.

The row has defied mediation efforts by Kuwait and the United States, which called Gulf Arab states to unite in opposition to Iranian influence in the region.

King Salman, whose country has long vied with Iran for influence, called for confronting what he called the “aggressive policies of the Iranian regime”. He said Iran was interfering in Arab affairs, a charge Tehran dismisses.

Arab states remain divided over other issues, including how to deal with pro-democracy protests that have erupted in the region since 2011.

The leaders of Sudan and Algeria were not at Sunday’s meeting as both nations have been roiled by anti-government protests.

Syria’s seat at the summit was vacant. Damascus as been suspended from the League since 2011 over its crackdown on protesters at the start of its civil war. The League has said no consensus has yet been reached to allow Syria’s reinstatement.