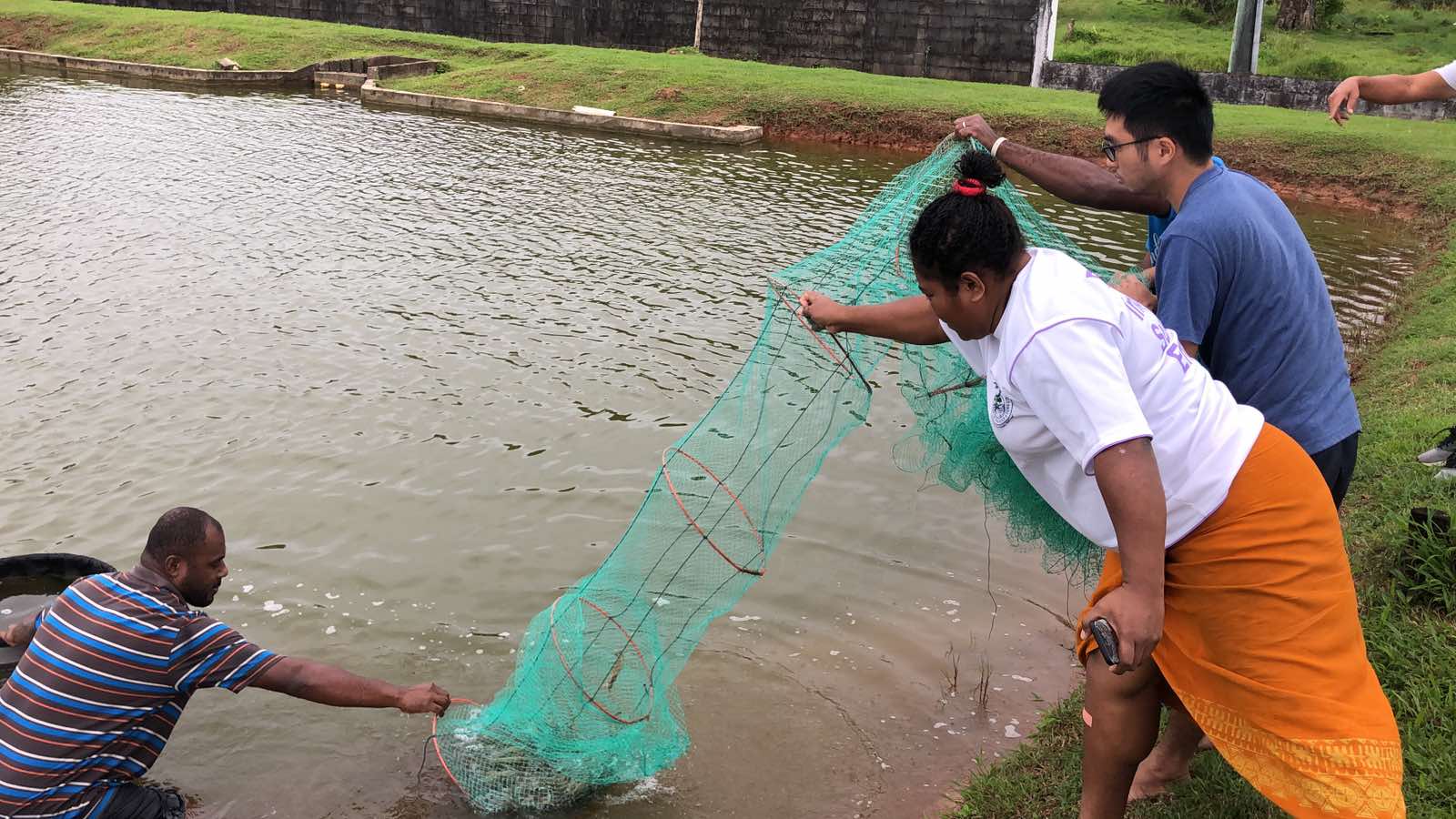 Staff of the Ministry of Forestry at the shrimp pond in Galoa, Serua. Picture: SUPPLIED.

Since its inception in 2018, Galoa Aquaculture Station has produced 1.32 million shrimp larvae.

Mr Wei-Chan said Galoa was one of five aquaculture stations within the Ministry of Fisheries.

The main function of the station, he said, was to cultivate the larvae for farmers.

“When we identify farmers we train them and make sure they know what they are doing because it is quite an extensive job to breed shrimps.”