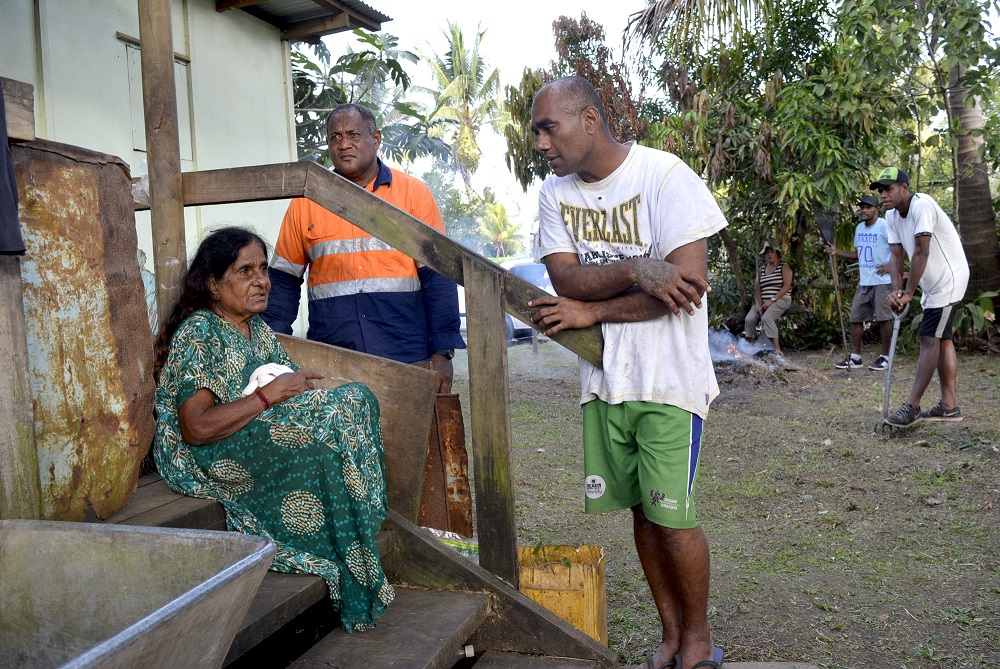 Ram Devi (left) speaks to the PYGMIES founder Josateki Labalaba and Anare Tokalaulevu who provided assistance in cleaning up her compound at Lovu Seaside in Lautoka. Picture: REINAL CHAND

He said that over the past four years, about 130 applications have been made for admission into State-run homes and the numbers are increasing.

Mr Fatiaki said the younger generation had to take responsibility and care of the aged because of the sacrifices the elderly had made in housing, feeding and educating them during childhood and adolescence.

He highlighted the case of Ram Devi, a 79-year-old widow in Lautoka who had been abandoned by family and left to live in a home without running water or electricity.