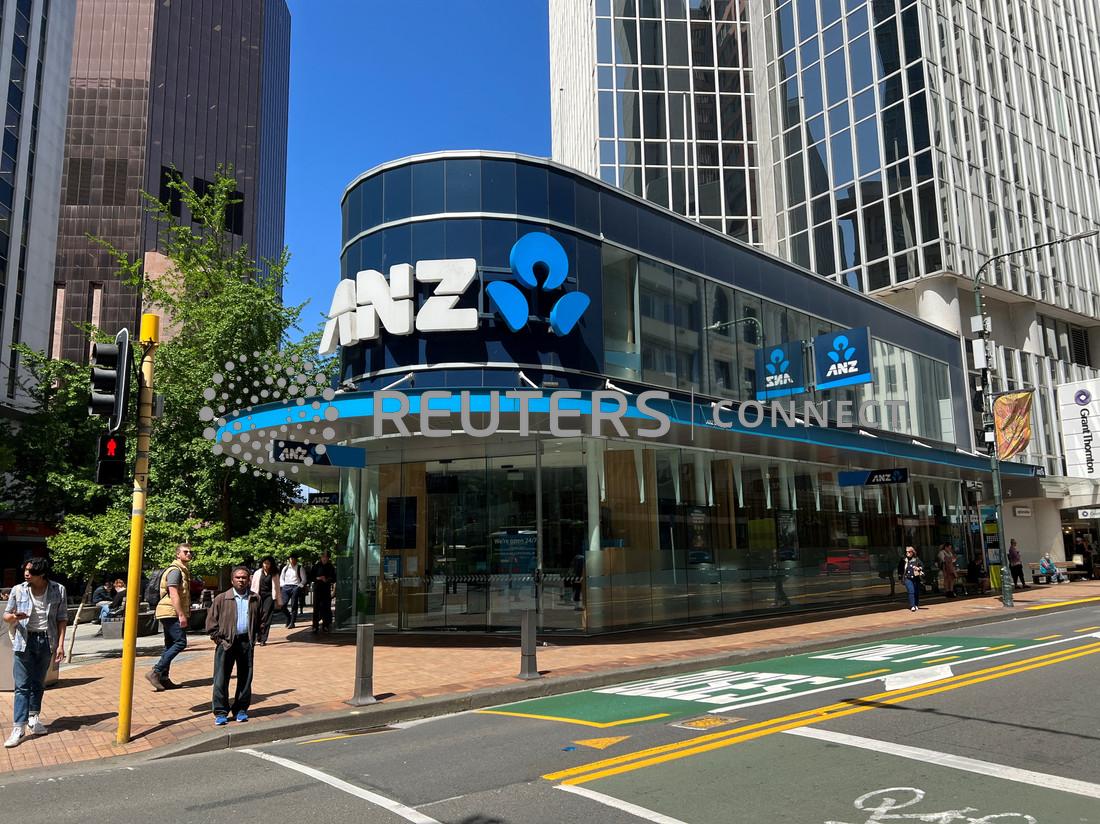 The logo of the ANZ Bank is seen at Lambton Quay, in Wellington, New Zealand November 10, 2022. REUTERS/Lucy Craymer

(Reuters) -Australia and New Zealand Banking Group Ltd (ANZ) said on Friday it had earmarked A$100 billion ($67.63 billion) to help its customers lower carbon emissions by 2030, as the lender looks to accelerate its transition to net zero.

Part of the amount will be used for initiatives, which include facilitating concessional loans for businesses to buy energy-efficient equipment and financing construction of energy efficient large-scale office buildings, ANZ said.

Australia’s fourth-largest bank also said it would reduce exposure to its largest carbon-emitting customers that do not improve their emission transition plans by 2025.

With global focus sharply pivoting towards climate change, banks have come under scrutiny for their ties with fossil fuel projects and set goals to cut emissions, while raising investment in clean energy projects.

On Friday, ANZ said it was on track to set targets for nine priority sectors, including oil and gas, by the end of the decade to ensure at least 75% of its portfolio emissions were on a net zero pathway by 2024-end.

“ANZ’s new targets are a small step forward, but the target timelines are too long and are undermined by the bank’s intention to keep lending to companies which are fuelling the climate crisis with major fossil gas expansions,” the Australian Conservation Foundation said in response to ANZ’s announcement.

“Our exposure to thermal coal will continue to decline in line with our existing commitments, which includes no longer onboarding any new business customers with material thermal coal exposures, or directly financing new thermal coal mines or power plants,” ANZ said.

In July, Westpac unveiled plans to reduce its lending to coal, oil and gas companies by nearly a quarter by 2030 to slash emissions.