ANZ agrees to sell its retail banking to Kina bank 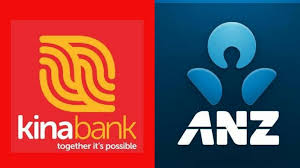 PORT MORESBY, 26 JUNE 2018 (POST COURIER) — The Kina Bank is in the process of acquiring the Australia and New Zealand (ANZ) Bank’s retail, commercial and SME banking business in PNG for K24.2million (US$17.9 million), it announced Monday.

ANZ confirmed it, saying it has agreed to sell its multi-million kina PNG retail, commercial and SME banking businesses to Kina Bank.

The divestment will allow it to focus its core banking business to serve the institutional and corporate markets only.

ANZ explained that the decision is in line with its simplification strategy, while also supporting customers with trade and capital flows in the region.

Kina Bank is a wholly-owned subsidiary of Kina Securities Limited, a PNG company listed on the Australian and Port Moresby securities exchanges.

ANZ Managing Director, Institutional Australia, Graham Turley said; “We remain committed to running a world-class institutional and large corporate banking business in PNG, where we see great opportunities for growth. ANZ has been in this market uninterrupted for more than a century and we continue to have a positive outlook for the PNG economy.

“Our retail, commercial and SME operations in PNG are strong, successful businesses that will benefit from Kina Bank’s focus on retail banking. ANZ will continue to service multinational corporations and large corporates operating in PNG,” Turley said.

The sale includes all 15 ANZ branches with ongoing roles for all relevant staff in PNG.

The sale is not material to ANZ, the bank explained. Subject to regulatory approval, the sale transfer is expected to be complete by late 2019.

Kina Group CEO Greg Pawson said the acquisition is a great development for the group and for Kina Bank.

“Completing this acquisition represents a key component of our refreshed five-year strategic plan. The strength and capabilities that the acquisition will enable will allow us to better deliver on our purpose of empowering our customers and communities to have financial independence and security. Further, the acquisition reflects Kina’s aspirations to be a dynamic, progressive and accessible PNG financial services group.”

Pawson added that the customers of ANZ PNG’s business will benefit from this transaction.

“On day one there will be no change to their offering. Over the near future, their offering is expected to be enhanced as Kina continues to execute on its digital strategy. They will also experience Kina’s differentiated value for money proposition.”

According to Kina, the purchase price for the business is the aggregate of goodwill of PGK24.2m (AUD10m) and Net Tangible Assets (NTA) at completion.

And completion of the transaction is conditional on both ANZ PNG and Kina Bank securing regulatory approval which is underway, says Kina Bank.

Australia and New Zealand (ANZ) PNG Bank managing director Mark Baker says the acquisition of its PNG retail, commercial and SME banking businesses by Kina Bank will take up to 15 months to complete.

Queried about existing staff welfare and job security, Baker said jobs and staffers will be maintained under the new owner.

“The staff that work in the retail and commercial/SME business will all be offered roles by Kina Bank on comparable terms to their current arrangements with ANZ,” Baker said.

“There are no job losses associated with this transaction.”

The divestment is not isolated, according to Baker. The ANZ group has undertaken the same exercise throughout its global group in various countries in the Asia- Pacific region over the last two years.

“ANZ Group is present in 34 countries and since 2016 has been following a strategy of simplifying and re-focusing our businesses, particularly outside of Australia and New Zealand. Today’s transaction is part of that wider ANZ Group strategy,” Baker added.

Meantime, ANZ assured that it will continue to support economic growth and sustainable development in PNG through its financial literacy program MoneyMinded, which has trained more than 12,000 people since 2010.

ANZ has previously announced the sales of its retail and wealth businesses in Singapore, Hong Kong, China, Taiwan, Indonesia and Vietnam.

Its Institutional Bank has a presence in 15 markets in Asia and was ranked as a top four corporate bank in the region by Greenwich Associates in 2017.