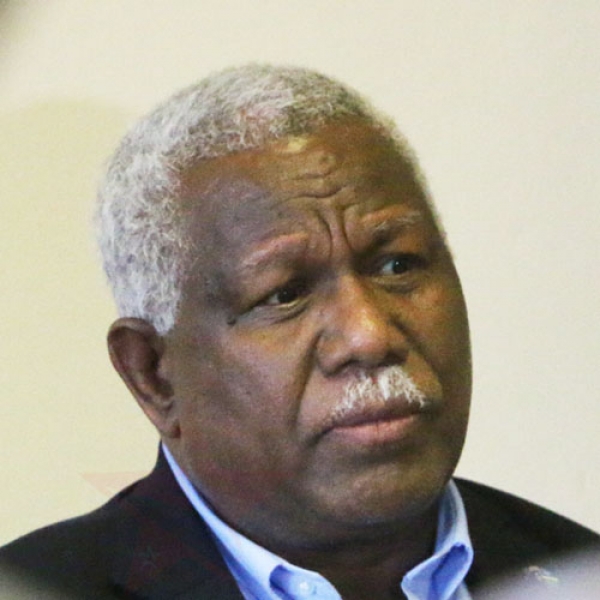 The Bill was the flagship of the former Democratic Coalition for Change (DCC) government’s anti-corruption policies and aimed to establish the framework for an independent commission against corruption.

Speaking in Parliament, Hou, said it was a history day for Solomon Islands people because the desired to see government fight against corruption.

Hou said the current Bill is broad base because it targets the public officers and the private sectors including churches, schools and other organisations.

“I would like to take exception to the common definition of corruption as being, the abuse of public office for private gain.

“I have a problem with this narrow definition,” he said.

“Second, it takes two, not one, for a corruption action to occur and surely the public official who has accept, solicit, or extort a bribe must be punished for being a party to the corrupt act,” he said.

Furthermore,Hou said it is very sad to see that this evil culture is widespread and prevalent in the Church today.

“It is all church-ran organisations, including schools.

“And I have say that my only regret is that these practices are mostly covered up,” he added.

However, Hou said the good news is that through this Bill, with an amendment at Clause 67, it should bring private sector organisations, and civil society groups, including churches, being roped in as well.

“So this Bill is in all of our interests – the public interest of this country,” he said.

“But if we really want to be effective in the fight against corruption the private sector, civil society organisations including religious bodies and other interest groups must be held accountable as well when hawking bribery to public officials for a favour, advantages, or other benefits.

“It makes sense therefore that when addressing corruption we must start from the public sector, but this fight must ultimately be inclusive of the non-government sectors,” he added.

Hou, says leaders in Parliament must listen to the pleas of the people to pass the Anti-Corruption Bill (ACB) 2017.

The Prime Minister encouraged Members of Parliament (MP) to be responsive to the wishes of the people and that is to pass the ACB 2017.

“We all know what corruption does to our people – whether they are in the urban areas or in the rural villages – throughout this country, corruption erodes all opportunities to better their well-being,” he said.

“Where the problem of corruption persists and good governance does not exist; it will always be difficult to deliver public services effectively and the provisions of health and education service sub-standards.”

He said that corruption diverts scarce public monies from public investments in infrastructures, in education, health and the productive sector.

“It is no surprise therefore, why there is an outcry from our people for us leaders and the Government to do something about corruption. The outcry of the people reflects the way corruption has and will continue to hurt them.  It’s an outcry that no one else can do anything about it except us in this supreme law-making body of our beloved country,” the Prime Minister said.

Meanwhile, Bills and Legislative Committee chairman, Matthew Wale, has highlighted some challenges the Anti-Corruption Bill (ACB) 2017 will encounter after its passage in Parliament.

Speaking during the second reading of the Bill in Parliament, Wale, said out of 16 recommendations made by the Committee to government, only two recommendations were taken on board.

He said recommendation five on unjust enrichment or illicit wealth was not accepted by the government.

“It has contended that Clause 45 adequately deals with this concern.

“However, Clause 45 is inadequate to capture this very important and significant avenue of corrupt enrichment. Clause 45 merely deals with reporting,” he said.

Furthermore, Wale said recommendation six was accepted by the government and the concern has been adequately covered.

“Except, in Clause 11(5) (b) (iii) it seems to have overreached in also excluding ordinary members of political parties.

“We want to encourage ordinary citizens to become members of political parties and participate in the political process,” he said.

Wale said ordinary membership of a political party must not be used against them in this manner.

“Perhaps, office bearers of political parties could be excluded,” he added.

Moreover, Wale said Clause six of the Bill has little value because it prohibits only the Solomon Islands Independent Commission from investigating and prosecuting conduct that occurred before commencement of the Anti-Corruption Act.

However, Wale said Clause six does not prohibit the Police and or the Director of Public Prosecution (DPP) from investigating and prosecuting any prior corrupt conduct.

Further to that, Wale said Clause 29 purports to give financial independence to the Commission.

“However, as is the experience of the Ombudsman since the passage of similar provisions for his office – there is no real meaningful financial independence,” he added.