Another attack erupts in Nabua; 18 youths in police custody 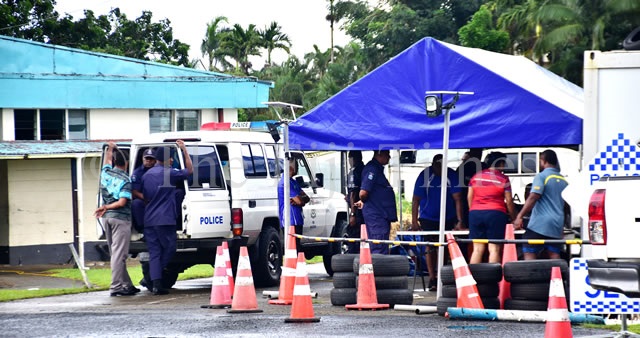 Police officers who were deployed to Nabua to monitor the situation following the brawl during the Easter weekend. Picture: ATU RASEA

Another attack erupted along Sukanaivalu Road in Nabua this afternoon involving a group of youth.

Police spokesperson Savaira Tabua said 18 youths were in custody for their alleged involvement in the attack.

It is alleged those youths also threw stones at other men from Mead Road.

This attack comes a little over a week after the huge brawl at Nabua during the Easter weekend involving some 50 youths who were allegedly armed with cane knives.

Four men were taken to CWM hospital to be treated for injuries sustained in that attack.

Fiji Police Chief Operations Officer ACP Abdul Khan said more manpower was deployed to the area and the situation was being closely monitored.