And there was a road 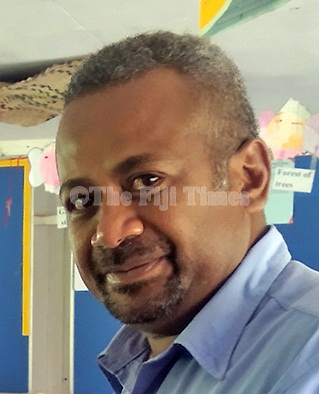 AFTER being promised a road for decades, the villagers of Nawaisomo — deep in the highlands of Naitasiri — are now rejoicing after the Government finally heard their cries.

Before the construction of the road, villagers in the district of Nagonenicolo, including Nawaisomo, Dreketi, Wairuarua and Nakida had to transport their housing supplies from Nakorrosule via a punt or a bamboo raft.

Now, this is no more.

“THE construction of the road to Nawaisomo will open up a lot of opportunities for the school.”

These were the words of Peni Bavia, the headteacher of Nawaisomo Primary School in Naitasiri.

Mr Bavia said for a long time they had been restricted from taking their students on excursions to urban areas because of the risk associated with crossing the Waicakena River.

Located in the district of Nagonenicolo, Nawaisomo Primary School is one of the most remote schools on mainland Viti Levu.

Last year, students had to cross the river to get to the nearest dirt road for transportation.

“Sometimes when returning from sports games at Naluwai ground, especially when the games finish at 5pm, we would be arriving at Waibalavu in the dark, and then using mobile phones, the teachers would assist the students up to the village,” said Mr Bavia.

It takes about an hour to trek from Waibalavu to Nawaisomo.

“Now we have the road and we are just elated. Already we have plans to make several field trips and one of that is to visit The Fiji Times office,” Mr Bavia said. “Not only that, but it will be easy for us teachers when we want to go to town to do our personal errands.

“Generally the road means the possibility of more visits from Government and non-government organisations because the school is now more accessible,” he added.

The school has a roll of 66 students and five teachers.