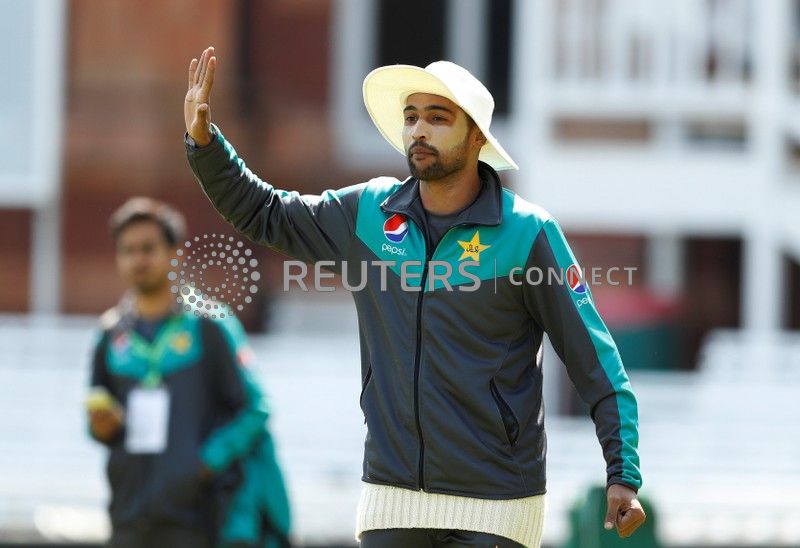 (Reuters) – Fast bowler Mohammad Amir was left out of Pakistan’s 15-man preliminary World Cup squad but will feature in their warm-up games against England, the country’s cricket board (PCB) said on Thursday.

Since producing a match-winning three-wicket haul in the 2017 Champions Trophy final, Amir has taken just five one-day international wickets in 101 overs at an average of 92.60 per wicket.

The 27-year-old, however, will get a chance to impress the selectors in a limited-overs series against England, which begins with a Twenty20 in Cardiff on May 5.

Big-hitting batsman Asif Ali also features in the 17-man group for the England games, with Pakistan having until May 23 to finalise their World Cup squad.

“Asif is probably the best power-hitter in Pakistan, while Amir has the experience and a good record in England,” Inzamam-ul-Haq, former captain and chairman of Pakistan’s selection committee, said in a statement.

“These two will provide cover to the World Cup squad and can be drafted into the side by May 23, if required.”

Abid Ali was preferred to Shan Masood as Pakistan’s backup opener after the 31-year-old right-hander scored a century on debut against Australia last month.

Experienced all-rounder Mohammad Hafeez was also selected in the World Cup group but subject to passing a fitness test ahead of the tournament.

“Yesterday we got a boost when he started playing with a tennis ball with his doctor confirming he will be available for selection for the series against England,” Inzamam added.

“Our World Cup opener is on May 31 against the Windies, which is still six weeks away, and we are confident he will be fully fit and ready to display his vast international experience.”