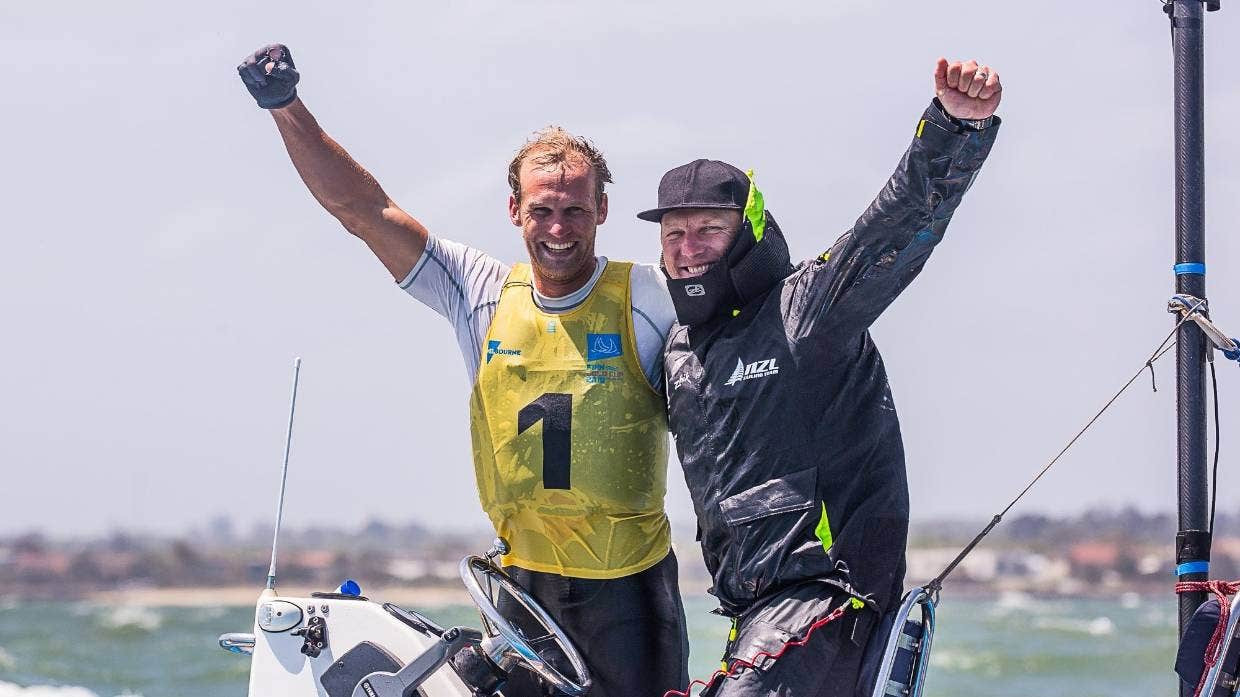 Good mates and fierce rivals, premier New Zealand sailors Josh Junior and Andy Maloney have made a pact they hope will see both get to the Tokyo Olympics in differing roles.

Fresh off their America’s Cup success with Team New Zealand, the pair are about to head to Bermuda to help debut New Zealand’s involvement in the SailGP global foiling catamaran league.

But bubbling in the back of their minds is an imminent return to the slow old single-handed Finn class Olympic dinghy where New Zealand has such a rich history.

Junior and Maloney are in the final phase of a four-year battle to earn New Zealand’s sole position at the Tokyo Games.

It’s a brutal selection process Maloney knows only too well, dipping out at the last hurdle to Sam Meech in the Laser class for the 2016 Rio Olympics.

He’s hoping he can get the nod for this cycle but knows he’s got a challenge on his hands against Junior who claimed the Gold Cup, effectively the Finn class’ world championship, the last time it was sailed in late 2019 in Melbourne.

Covid saw the 2020 event in Europe cancelled and now the 2021 championship will be pivotal. Scheduled for Porto in Portugal from May 5-12, it will be the regatta that decides who gets the selection for Tokyo.

“We train together and work together really closely, and we have one more event to decide who goes to the Games. From there we will keep working with each other … it’s really that team vibe to the end,” Junior told Stuff.

Maloney said circumstances had meant they had expanded their original intentions.

“We were always going to be training partners right to the end, but with Covid and the world in its current state, the best way for us is to actually coach each other for the Games. We’re really excited about that,” Maloney said.

“The Gold Cup in Portugal is looking like that may be our final event before the Games. All the best guys will be there, it will be the final chance to figure out who will be better.”