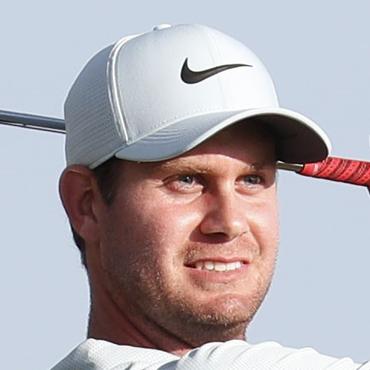 (Reuters) – Former amateur standout Harris English, back in the sizzling form he displayed early in his professional career, surged to the halfway lead at the Mayakoba Classic in Mexico on Saturday.

English capped off his second round in style by chipping in for birdie at the final hole for a seven-under-par 64.

At 13-under 129, he was one stroke ahead of fellow American Vaughn Taylor (66) and two ahead of another resurgent American, Brendon Todd (68).

Alvaro Ortiz (67) was the best-placed Mexican, four shots off the pace.

Following Thursday’s rainout at the Mayakoba Resort in Playa del Carmen, the field will attempt to play the final 36 holes on Sunday, though chances are the leaders will have to return early on Monday for the final few holes.

Harris, whose two PGA Tour victories include the 2013 Mayakoba Classic, said a back-to-basics approach had contributed to his form resurrection.

He has not shot worse than par in 18 rounds in the new tour season that started in September.

“That’s what I did really well my first couple of years on tour and haven’t done so well in the past couple of seasons,” he told Golf Channel.

“I’m just doing what I did back in college and my first couple of years on tour. It’s just little things.

“This game can seem so simple but it’s difficult at the same time. I’ve stuck with a game plan and routine I do every single day and it’s really helped me.”

Todd has similarly suddenly hit a rich vein of form, winning in his last start in Bermuda after years in the wilderness.

He said all facets of his game were on song.

“I’m just hitting ball in play, feeling really confident with my short irons and wedges and got the putter rolling again,” he said.

“A lot has changed with my game and I feel really comfortable out there.”

While Harris and Todd strutted their stuff, former world number one Jason Day of Australia ignominiously missed the cut.

Day shot 77, which included a triple bogey. It was his worst score on the PGA Tour outside the four major championships since May 2017.