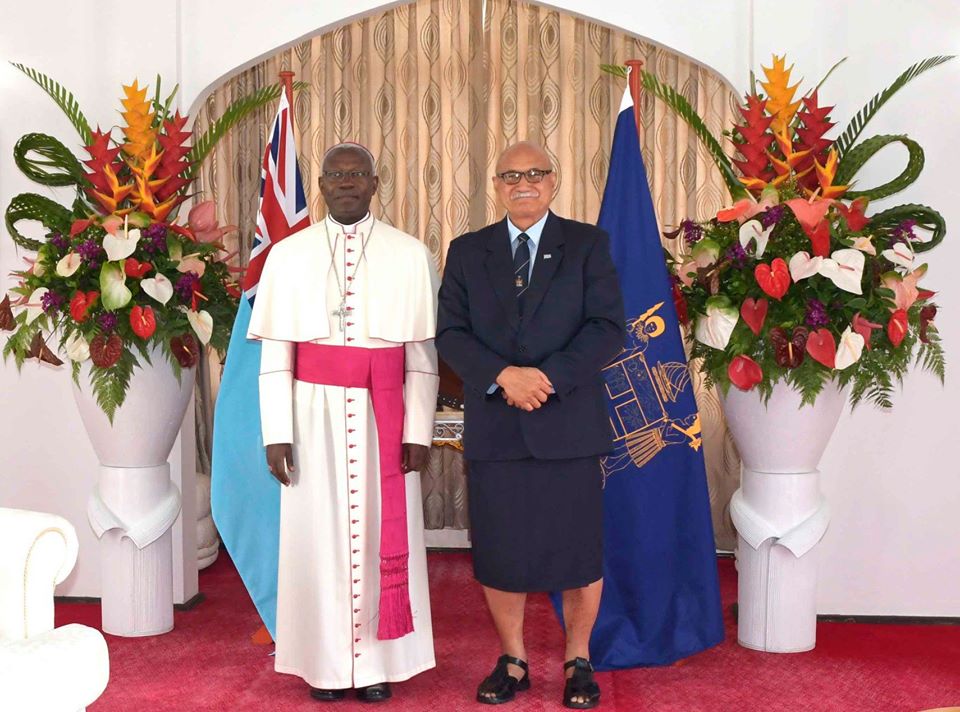 Archbishop Rugambwa was accorded a 25-member guard of honour by personnel from the Republic of Fiji Military Forces.

The Ambassador, who is originally from Tanzania, was appointed in March 2019 when Pope Francis named him as Apostolic Nuncio to New Zealand and concurrently accredited to Fiji, Cook Islands, Marshall Islands, Kiribati, Federated State of Micronesia, Nauru, Palau, Samoa, Tonga and Vanuatu.

Archbishop Rugambwa has obtained a degree of Doctor of Canon Law and, thereafter, joined the diplomatic service of the Holy See in 1991.