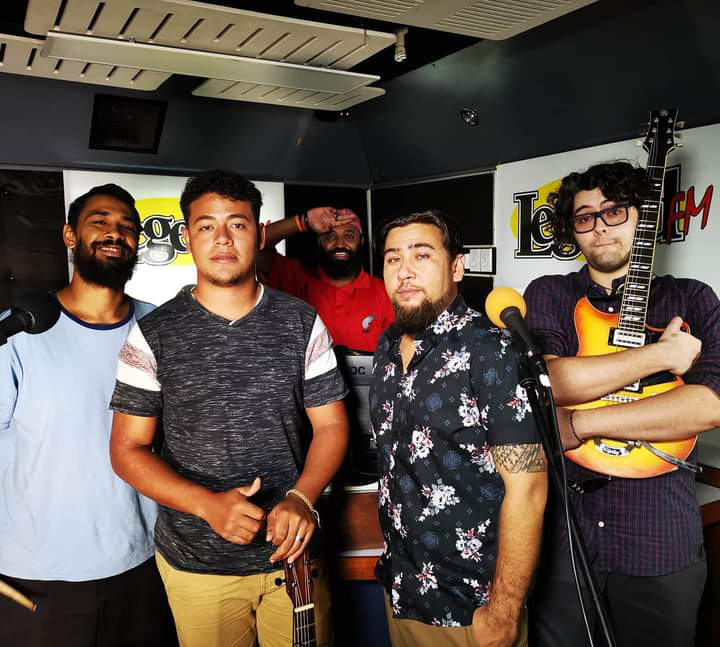 If there is one band that is going to stand out at the Woodstock Uprising Music Festival 2020, it has got to be Glass Alley.

The motley crew emerged on the local music scene in 1997 and Glass Alley’s claim to fame is being Fiji’s first alternative rock band.

Frontman and lead vocalist Albert Eastgate, who goes by the stage name Alby Nitro, said the band had never tried to be “just a band” from the get-go.

“We were never going to be a covers band that learns a repertoire of cover tunes and plays at the local bar a couple of nights a week,” he said.

“We had a vision to put together a music group that was not going to be different for the sake of being different – we wanted to be a band that would make a difference in the kind of music we play and also in the way that we put our songs together in the studio.

“We have recorded three singles and even the way we approach the recording process is very different.

“We take the live music experience into the studio and make sure we capture all the energy and grittiness and power that you hear in a live performance on tape – so-to-speak.

“Glass Alley’s philosophy is ‘record local but produce international’ – we will record here but our music must be of international standard.

“That’s why we don’t gig like other bands – we want to finesse our music – we have chosen not to waste our time learning and building up a repertoire of cover tunes – we want to produce original music which is just as good as anything international and put it out there.

“George ‘Fiji’ Veikoso has already paved the way for any Fijian artist who has a dream to make a difference.

“What he did with reggae and RnB has made it possible for us all and I want to acknowledge him for doing that.”

Alby said Glass Alley was working with one of Fiji’s premier producers, Phil Dakei, on their new single Human Difference. He said they opted to work with Mr Dakei so they could bring to life their unique style of music.

“And there are a number of reasons we have taken this approach to the recording process – when you hear Glass Alley live or over the air, we want our music to be uncompromising and real.”

Alby said Glass Alley did not start out as an alternative rock band, like most bands in the late ’90s, the ensemble was looking at venturing down the rhythm and blues path.

“We were going to be a RnB band but because we couldn’t get all the samples and equipment that we needed to be a credible RnB group, we went down the alternative rock road.

“That forced us to pick up guitars, most of my mates used to do that around the grog bowl anyway so we capitalised on that.”

Apart from the music, what made Glass Alley stand out was the unique vocals of Alby Nitro – a combination of Hootie and Blowfish lead singer Darius Rucker and Matchbox 20’s Rob Thomas.

“We are really looking forward to the Woodstock Uprising Music Festival 2020 because it will give us the best platform to try out our new material and also bring some of the singalong crowd favourites as well.

“So we will see you all at the Uprising Beach Resort on December 5, be there or be square.”

The Fiji Times is a media partner for the Woodstock Uprising Music Festival 2020.