Allen, a letter writer and doer of good 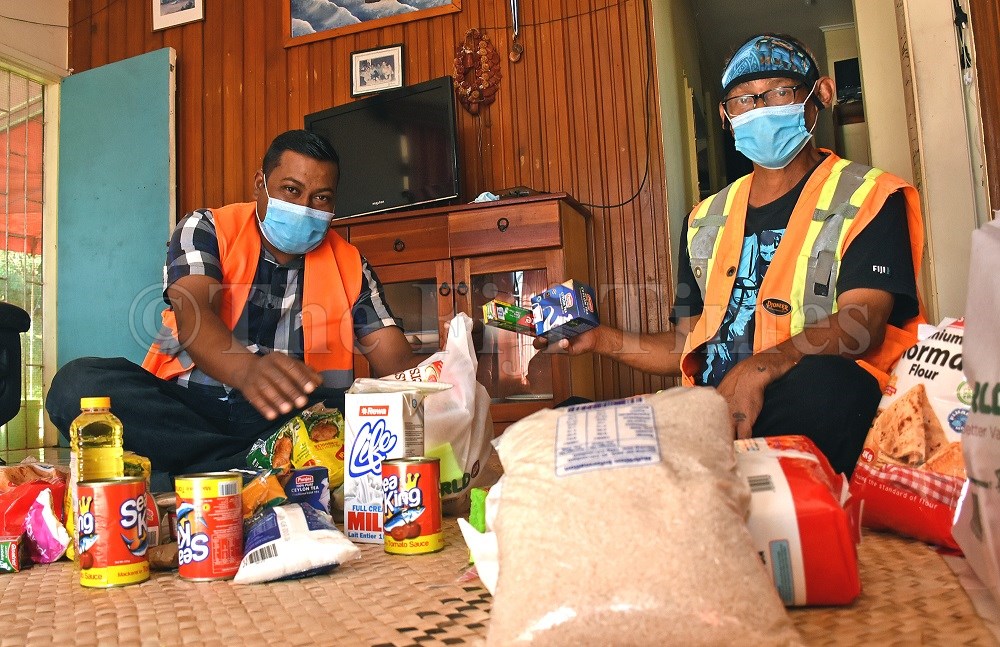 One of Fiji’s most renowned philanthropists, wittiest letters to the editor contributor and fierce environmentalist, Allen Mac Lockington, passed away on Monday night at the Lautoka Hospital.

The man from Kava Pl in Lautoka was renowned for his tongue-in-cheek letters to the editor, standing up to the city council in defence of rain trees earmarked to be cut down, and most of all, for the kindness he displayed when he and his mates assisted thousands of families struggling to put food on the table over the past 25 years.

Allen did not have much but if there was someone who needed help and he could find a way to assist, you could rest assured food would find its way to the hungry, an unemployed person would get a job (however menial), and a malnourished mother unable to breast feed her baby would be given formula to help feed her child.

If someone needed with forms — whether it was for visa applications, job applications or to seek government assistance — Allen was the go-to man. Even on his death bed, he was often on the phone to his close mates, asking them to get groceries together to feed a family in desperate need.

On the other end of the line, and always ready to assist were Allen’s closest friends and fellow letters to the editor writers; Narayan Reddy, Nigel Fiu and Wise Muavono.

And always standing by to transport the rations and relief material was Allen’s other buddy, his taxidriver Navnit Ram, whom Allen nicknamed “TD”.

One of his best mates and a man he often referred to as “son”, Narayan Reddy, said Allen walked the talk.

“He did not help people for show. He went out of his way and often dragged us into his philanthropic schemes because he genuinely loved and cared about people.

“That’s just who he was and we will all miss his spirit.” Narayan shared an example of how generous Allen was.

“One day we were in town and we came across a family; mum, dad and kids – walking barefoot on the blistering hot pavement.

“The children were in agony, so Allen, with the few dollars he had in his pocket, went and bought the kids flip-flops and made me and Wise hand over our flip flops to the parents.

“So we were forced to walk around pato (barefoot) because Allen didn’t want to see the poor family suffer.”

Narayan said after he resigned from the Fiji Islands Revenue and Customs Service more than two decades ago, Allen got his band of friends together and they decided to do something to assist children and youths living on the streets of the Sugar City.

“I applied for a tender from the Lautoka City Council (LCC) to clean the market area and somehow I won it.

“Allen, Wise and I rounded up all the street kids and youths and employed them.”

The trio managed to employ about 100 people under their market cleaning project.

“Then Magistrate Mosese Naivalu gave five people, who were brought before the court for trivial issues, a second chance and we employed them as well.

“Another eight were reunited with their families — and we assisted by paying two months of rent for those who were renting, and another four or five built homes with the money earned from cleaning the market.”

The market project also allowed the group of friends to help build homes for others — including a modest abode for a lady with four children in Nadi, renovations to a house in Luvu Seaside, one in Tomuka, two in Ba and one in Rakiraki.

When Severe Tropical Cyclone Winston struck in 2016, Allen and his mates were one of the first on the ground in terms of responding to people’s needs with groceries and building material.

They even managed to send rations and relief material to Rakiraki, Vanua Levu and Lau.

Narayan said they were grateful to The Fiji Times for providing space in the letters to the editor section and also in highlighting their philanthropic efforts.

“A lot of people began believing in what we were doing because they read about how we were assisting people in The Fiji Times, and this helped prepare us for the biggest challenge to hit our shores in 2020 and 2021 — the COVID-19 pandemic.”

The closure of tourism properties, shut down of Nadi International Airport and ensuing job losses, from the tourism and aviation sectors, combined with the impact of the pandemic on the sugar industry, hit people living in the Western Division hard.

The already impoverished were driven into extreme poverty and those who had lost jobs were doing everything they could do to hold onto homes with mortgages and mouths to feed.

Allen and his band of buddies got to work, putting together relief and ration packs and necessities and getting them out through whatever means they could muster, to the people in desperate need.

“At our last count, we had assisted about 10,000 people, and this was all possible through the generosity of Fijians living abroad and locals who trusted us to use the money they sent to purchase groceries and food items for those in real need.”

Narayan said Allen and his taxidriver, TD, were at the forefront of the relief program. They pushed themselves to the limit, getting up in the early hours to sort and load the hampers and driving around all day delivering them and obtaining information from other families in need.

Even when Allen was admitted at the Lautoka Hospital two weeks ago, he did not stop assisting people.

“That’s just the way he was,” said Narayan. Apart from philanthropy and writing witty letters to the editor, Allen was also a fierce pro-environment activist. When the LCC planned to cut down a rain tree in Shirley Park about eight years ago, Allen tied Narayan and Wise to the tree in protest.

“That tree is still there today because of Allen’s passion. “And now that he’s gone, we will endeavour to keep up the fight in his honour.”