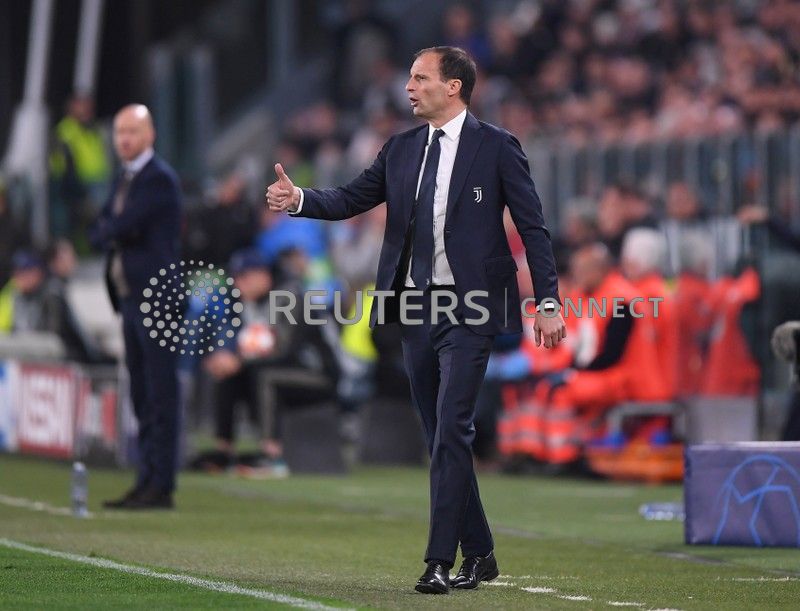 MILAN (Reuters) – Juventus must not let Tuesday’s Champions League exit spoil their celebrations if they win the Serie A title on Saturday, coach Massimiliano Allegri said.

Serie A appears to be little more than a consolation prize for the Turin side who have already established domestic dominance and had set their sights on winning the Champions League this season after signing forward Cristiano Ronaldo.

However, Allegri said that Juventus, who need one point at home to Fiorentina to claim an eighth successive Scudetto, needed to put Tuesday’s quarter-final exit at the hands of Ajax Amsterdam behind them.

“The important thing is to win the championship tomorrow and we will deserve it because of our great season,” he told reporters on Friday.

“If we can win it, we will have to celebrate and commemorate. Then we will eat chocolate and we will have time to talk about the future.”

“We must get over the disappointment Champions League elimination,” he added. “It must be accepted and we must move forward. The result cannot be changed and finding excuses and justifications is the behaviour of those who do not win.

“We accept the pitch’s verdict.”

Allegri said that Tuesday’s 2-1 home defeat by the Dutch side needed to be kept in perspective.

“We remain lucid, you should not get depressed about losing a quarter-final against a good team. Life goes on, football goes on,” he said.

“Football is not an exact science. The arrival of Ronaldo did not mean that winning the Champions League was a certainty, as I said all along.”