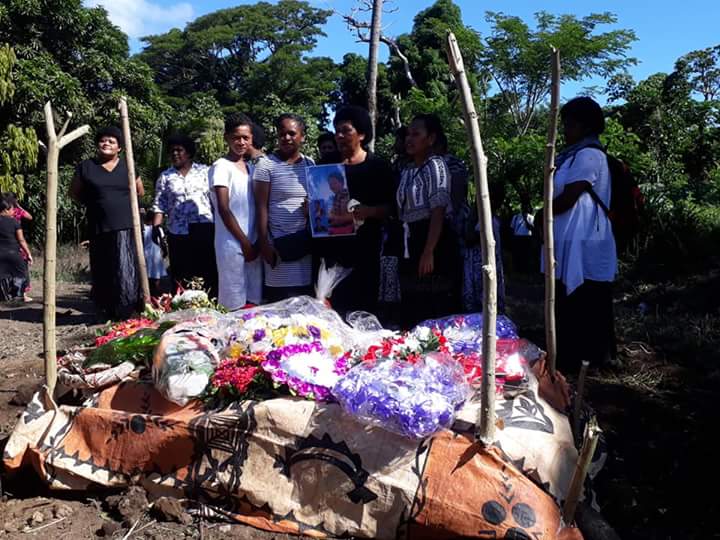 Siblings, family members and friends of the late Adi Ema Goleanavanua gather at her burial site this morning. Picture SUPPLIED

FAMILY, friends and loved ones of the late Adi Ema Goleanavanua, who was allegedly murdered by her husband in Dreketi, Somosomo last Sunday, bid their final farewells this morning.

The mother of four’s casket entered her house at Dreketi in Somosomo for the last time this morning where her four children and family members paid their last respect.

Later her body was taken to the Somosomo Seventh Day Adventist Church where her funeral church service took place before she was buried in Somosomo Village.

Meanwhile, her husband, Josese Bale who had been charged with one count of murder, is expected to appear at the Labasa High Court next week.

*More on this story in tomorrow’s The Fiji Times or on our e-edition.