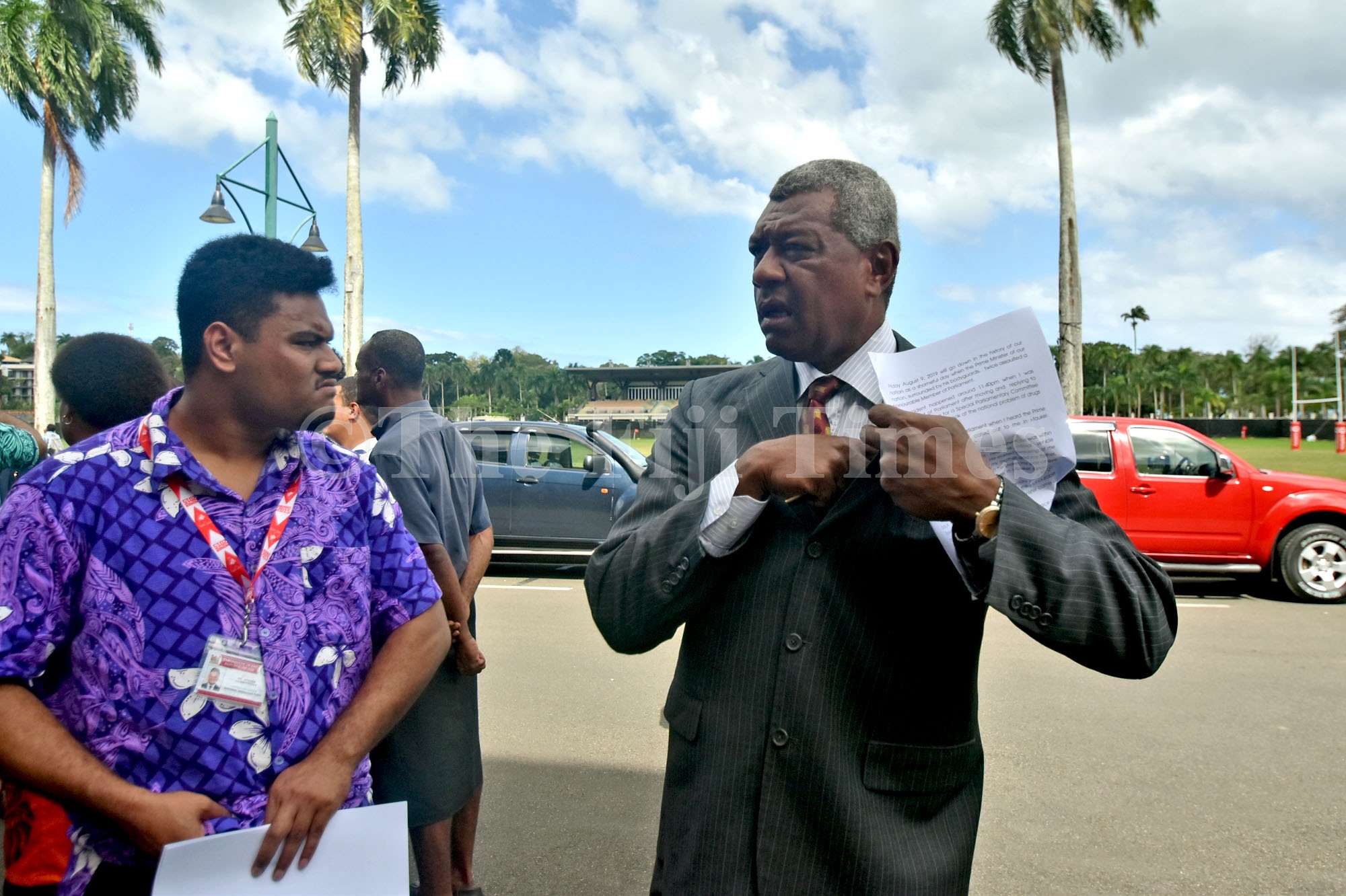 The video is alleged to have been recorded on August 9, 2019, the day Mr Tikoduadua claimed he was physically and verbally assaulted by the PM.

Attorney-General Aiyaz Sayed-Khaiyum, in a press conference that same afternoon told the media that the claim by Mr Tikoduadua was before the Speaker of Parliament and the Fiji Police Force.

The alleged incident followed after Mr Tikoduadua told Mr Bainimarama to look at his own house before talking about domestic violence against women in Parliament.

Mr Tikoduadua said this while speaking on a motion to establish a special parliamentary committee to oversee the increase in illicit drugs in Fiji.

Speaker of Parliament Ratu Epeli Nailatikau reminded MPs in Parliament on August 9 that he will only make rulings on matters he witnessed after Mr Tikoduadua brought to his attention that he had “just been physically assaulted in the Parliament premises by the honourable Prime Minister”.

“He swore at me, broke my glasses, he insulted me and threatened me. … I want it recorded in this House.”

The Parliament secretariat has refused to comment on the matter, saying it was being handled by police.

A request for an update on the investigation has been sent to Police Commissioner Brigadier-General Sitiveni Qiliho via email.

No response was received from the police when this edition went to press last night.

Mr Tikoduadua said he would make a comment on the footage later.