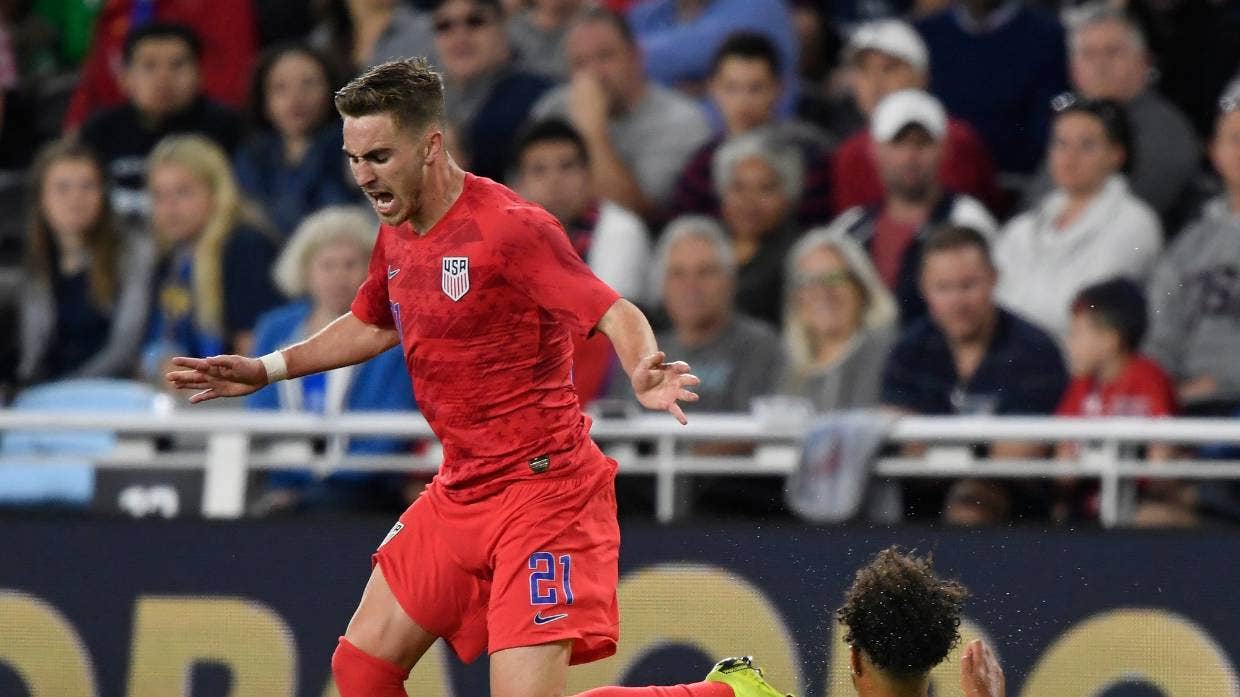 New Zealander Tyler Boyd, pictured in action for the United States against Guyana in 2019, was sent off in a Turkish Super League game for Caygur Rizespor. Picture: STUFF SPORTS.

All Whites find Joey Champness has capped a memorable week with a superb solo goal in a Turkish Super League derby that saw a red card to fellow New Zealander Tyler Boyd.

Champness – who doubles as a rapper – made one of the most impactful All Whites debuts for many years with a standout performance in a 1-0 win against Bahrain in the Middle East last Wednesday.

The 24-year-old returned to his Giresunspor club for their Black Sea derby against Çaykur Rizespor on Saturday (Sunday NZ time).

Champness came off the bench in the 81st minute and scored the clincher goal in the fourth minute of injury time.

He bumped off a defender a back header by a Rizepor player, cut in from the right side and rounded the goalkeeper to get the byline before outfoxing another opponent and slotting the ball into the net for his first Super League goal.

Bottom of the table Rizespor were down to 10 men from the 121th minute when Boyd, playing at right back, was sent off for clumsy foul just outside the penalty area.

Giresunspor hit the lead in the 62nd after Rizepor’s Selim Ay sliced a ball into his own net.

Champness’ strike confirmed the second win of the season for the newly promoted team.

The derby victory was only his second appearance for the club.

He played for the New Zealand OlyWhites at the Tokyo Olympics in August.

Tauranga-born Boyd, 26, is at Rizespor on loan from Turkish giants Beşiktaş

The former Wellington Phoenix winger, who has an American mother and spent some of his early life in California, played five unofficial matches for the All Whites, but then transferred his allegiance to the United States, winning 10 senior caps.

The Turkish Super League is generally rated the 15th strongest league in world football, one place behind the United States’ Major League Soccer competition, but 14 places ahead of the A-League.