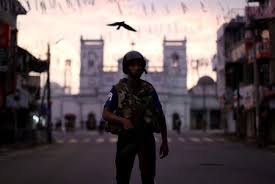 COLOMBO (Reuters) – All suspected plotters and those directly linked to Sri Lanka’s Easter Sunday bombings have either been arrested or are dead, the country’s acting police chief said on Monday.

In an audio statement circulated by the defense ministry, Chandana Wickramaratne, the acting Inspector General of Police, said security forces had also confiscated bomb-making material intended for future use by the militants involved in the attacks, which killed more than 250 people.

Sri Lankan authorities have said the bombings were believed to have been carried out by two little-known local Islamist groups, the National Tawheed Jamaath (NTJ) and Jamathei Millathu Ibrahim (JMI). Islamic State has claimed responsibility.