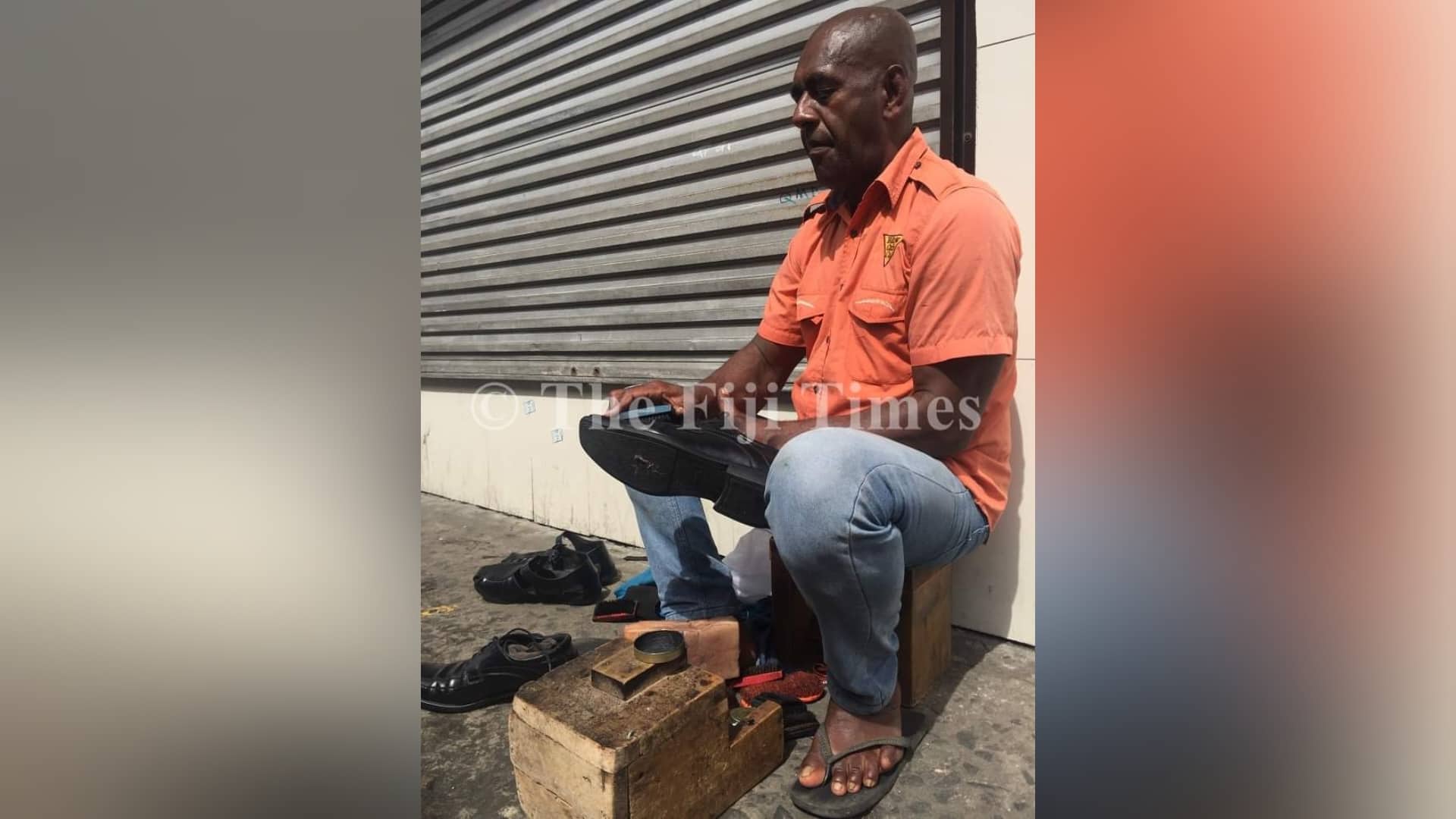 Being selfless is not just doing a job, it is an act of healing and radiating love. That is the reason why everyday, Iliaseri Saqasaqa, gets down to shine shoes in the heart of the Capital City.

There are a lot of unpleasant things the 48-year-old did in his life, things that once put him in the dark.

But now, armed with dedication and sheer determination, he is making amends – his son being his greatest inspiration.

“I can say that now I am a better man than I was in the past,” he said.

His moment of truth and transformation came when he had a son.

And since that time, the Kadavu native has dedicated his life to ensuring that his seven-year-old boy would ‘have a more secure future’ than he did.

Mr Saqasaqa has been shining shoes for a living along Renwick Rd in Suva for a good five years now.

Having a son has allowed him to see life from a different perspective. Moreover, it has made him a better man.

“Before this, I had done a lot of things throughout my life which I’m not proud of,” he shared.

Mr Saqasaqa was hesitant to give an interview when first approached .

But he gave in after he realised that sharing his story could have a positive impact on other people’s lives.

The Nabouwalu villager said his unfailing love for his son gave him the strength to brave the streets of Suva. The job has its share of struggles but he is constantly reminded of his duty of care as the head of the family.

“I live in Lami with my wife and my son (junior). They are the reason I get up every morning to go out and try and make some cash.”

Mr Saqasaqa said over the years, the rise in the cost of living had been a challenge for him.

“When I started, I was able to make enough money in three days but now things seem to be getting more expensive.”

As the sole breadwinner for his family, Mr Saqasaqa has had to find other sources of income.

“I have a pig sty where I keep a pig and I hope to get a female one so that I could sell piglets.

“I also tend to a small backyard garden at home where I plant crops and vegetables like cassava, cabbages and long bean.”

There have been many breaking points in Mr Saqasaqa’s life where he felt like throwing in the towel.

One such time was when his Lami home was destroyed by TC Winston in 2016. His son was still an infant.

“I was shattered. I had spent a lot of money, time and effort on that house.”

He claimed to have applied for government assistance but did not receive any for months on end.

“So I decided to fix my house myself while my wife and child went to live with a relative.”

Like thousands of Fijians around the country, Mr Saqasaqa was stuck at home with absolutely no source of income during the COVID-19 pandemic.

He relied completely on his backyard garden to sustain his family.

“We received donations and food rations and this really helped me out.

“From the bus fare to the water and electricity bills, food and other necessities. I barely have enough money when I complete a week’s shopping.”

However, he said he did not believe in giving excuses. That is why he is always on the grind from 9am to 5pm in the evening.

He deposits whatever little money he is able to put aside into a savings account for his child’s tertiary education.

“I have already started saving up because I know that by the time he is ready for university, fees will hit the roof.”

As he sits on the footpath along Renwick Rd, he pictures the faces of his beloved wife and child. They help him get through another day, one day at a time.