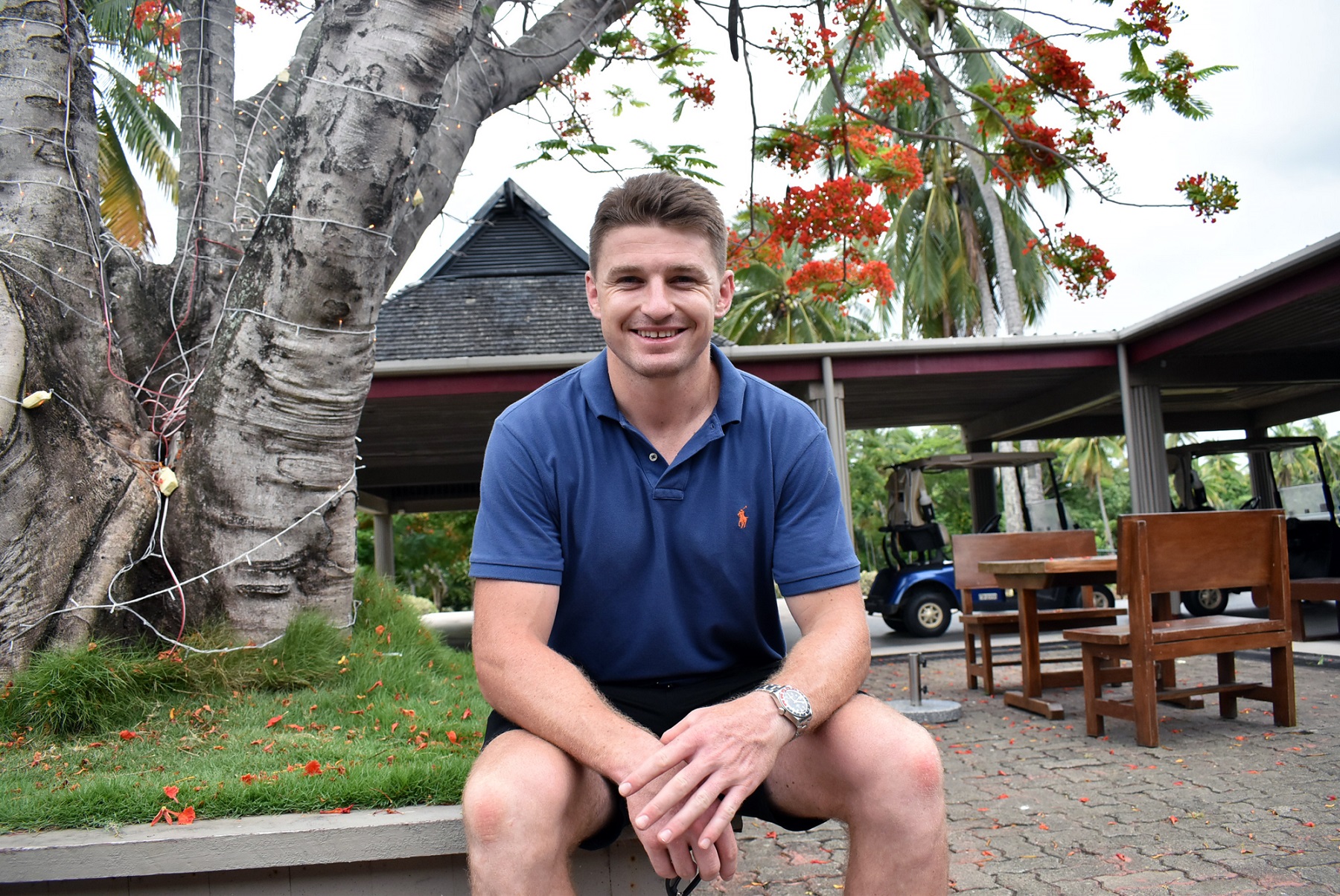 ALL Blacks superstar and two-time World Rugby player of the year, Beauden John Barrett calls Fiji as his second home.

The 27-year-old is in the country for holiday after completing a hectic rugby season and at the same time resets his focus on the coming Super Rugby season and Rugby World Cup in Japan this year.

Barrett has been coming to Fiji for the past years and this festive break is his 10th visit to Fiji.

He said he found Fiji as a beautiful place to wind down from rugby and enjoyed the Fijian hospitality.

“Fiji is my second home and always good to be back here,” said Barrett.

“It is a great place to relax and unwind after a big year and get ready for another one.

“It is always good to come back and do training at the local gym around the block and it’s quite awesome in this condition and always refreshing.

“I probably come to Fiji twice a year and I have been here like 10 times.”

He said he also proposed to his fiancé Hannah Laity on Tokoriki Island last year.

“I propose my fiancé on Tokoriki last year and I just love the people and enjoyed the culture, weather and the relaxing nature of Fiji.”

Barrett said he needed a good break before he commenced with another busy rugby season.

“Obviously this is a big season with the Rugby World Cup coming up later in the year and the Super Rugby. At the moment we are enjoying the break and it is important to have a break after a long season as you need to be refreshed.”

The All Blacks flyhalf also played for Taranaki and the Hurricanes in Super Rugby.

He was a vital member of the 2015 All Blacks team that won the Rugby World Cup and won the World Rugby Player of the Year award in 2016 and 2017.

Barrett was also nominated for the award in 2018, and is only the second player to win the award back to back.

Barrett also holds the world record for consecutive wins since his first Test (19 wins from 19 Tests).