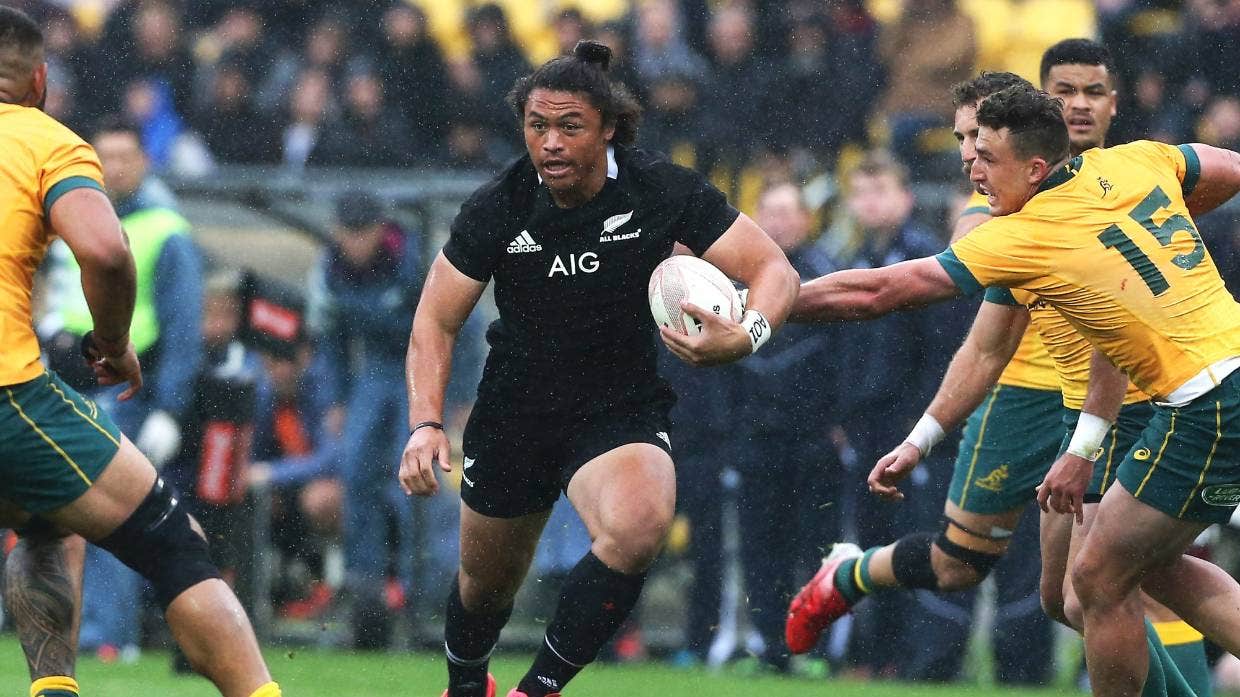 All Blacks wing Caleb Clarke makes a run at the Australian defence during Bledisloe I in Wellington. Picture: STUFF SPORTS

It’s the day before the biggest moment of his young life and here Caleb Clarke is, well, just being Caleb Clarke. He’s seated at the hotel piano, tickling the ivories as he waits for a chat – hopefully not the last time he plays some sweet music this weekend.

On Sunday afternoon at 4pm on his beloved home ground of Eden Park the 21-year-old Clarke will blink away the inevitable tears of pride and start his first test for the All Blacks, just seven days after making his debut off the bench in Wellington. The key, reckons the power-packed wing (1.84m, 107kg) is going to be just doing what he does when he sits down at the piano – have some fun and run with what comes naturally.

There’s a lot to tick off with this thoroughly likeable and engaging son of a gun, who has been one of the big movers of New Zealand rugby through this tumultuous 2020 season, but the piano is as good a place as any to start. It is, after all, not every All Black who can carry a tune on the grand old instrument.

In fact, among this squad of Ian Foster’s, Richie Mo’unga, Karl Tu’inukuafe and Clarke are the three who can belt out a ditty on the keyboard. Clarke is, it is fair to say, a recent convert. He only started learning in the first lockdown. “It was during Level 3, I went down to the Mount thinking I was going to be getting ready for the sevens and I took one of the girls’ keyboards. I don’t actually know how to play chords; I just started learning songs because that’s what you do when you’re bored.”

Or when you’re ridiculously talented and things like picking up the piano off YouTube videos seem as good a way as any to while away the hours of lockdown.

“I learnt different songs but I forgot them as fast as I learnt them because I wasn’t playing piano once I came back to Auckland,” Clarke tells Stuff on the eve of Bledisloe II. “The one I was just playing was the one I spent most time on, so it actually stuck with me. That’s pretty much it.”

It’s been that sort of a year for Clarke as he’s struck the right chord wherever he’s gone. He started it tearing it up for the New Zealand sevens side on the world circuit, then unravelled a thunderous campaign for the Blues in Super Rugby Aotearoa, before being called up as a first-time All Black.