All Blacks injury shock: Sam Cane out of rugby for 4-6 months 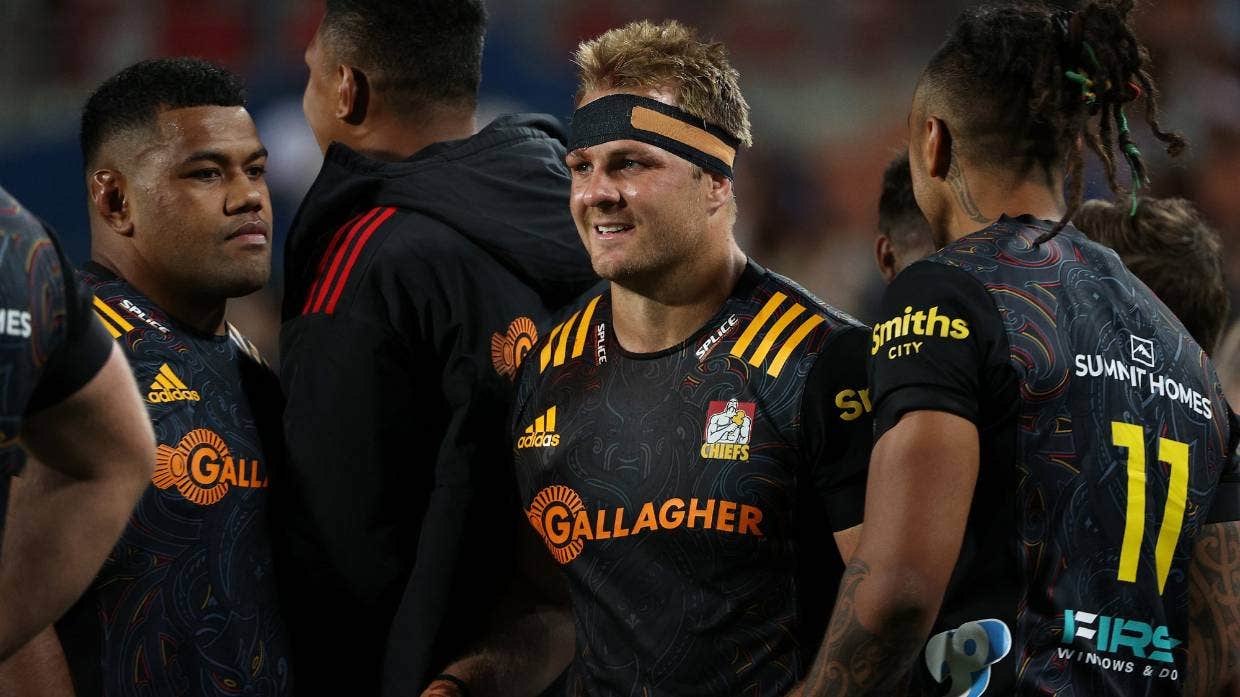 Chiefs and All Blacks skipper Sam Cane has played his last Super Rugby match for the year. FIONA GOODALL/GETTY IMAGES

All Blacks captain Sam Cane will be out of rugby for up to six months, after suffering a pectoral injury.

The Chiefs said in a statement that Cane would miss the remainder of the Super Rugby Aotearoa season and undergo surgery next week after suffering the injury in the win over the Blues on Saturday.

Scans and specialist examination revealed a tear in Cane’s right pectoral tendon. His expected recovery time is four to six months post-surgery, ruling him out of part of the All Blacks season as well.

Cane said he would “hopefully” be sidelined for no longer than six months.

“I’m obviously disappointed but also really positive that it’s an easy fix. I’m looking forward to getting into some rehab post-surgery and doing that really well, so I am coming back in good shape for the end of the rugby season, whatever rugby that may be.

“In the meantime, I will be supporting the Chiefs boys and doing whatever I can to keep them continuing to move in the right direction.”

All Blacks coach Ian Foster said in Thursday’s statement: “We are all disappointed for Sam, but we have full faith in the medical team around him and we wish him well for his surgery and rehabilitation.

“As All Blacks captain, he will still play a key role in our planning for the 2021 season, and we look forward to him returning to the footy field once his rehab is complete.”

It may mean another shift for Ardie Savea back to the No 7 jersey in Cane’s absence, while Sam Whitelock looks the frontrunner to take up the reins.

The All Blacks are tentatively scheduled to host Italy (two tests) and Fiji (one) in July, Covid-19 permitting.

Cane played 67 minutes against the Blues before leaving the field gingerly, in his 126th match for the Hamilton-based side.

Coach Clayton McMillan said afterwards: “He took a bit of a stinger to the shoulder, don’t know where that’s at, but hopefully he’s good.”

Ahead of their game against the Blues, the Chiefs already had 10 bodies in their sick bay, including fellow loose forwards Lachlan Boshier (foot) and Mitchell Karpik (neck).

They have the bye this weekend and resume their Super Rugby campaign against the Highlanders next Saturday after back-to-back wins over the Hurricanes and Blues.