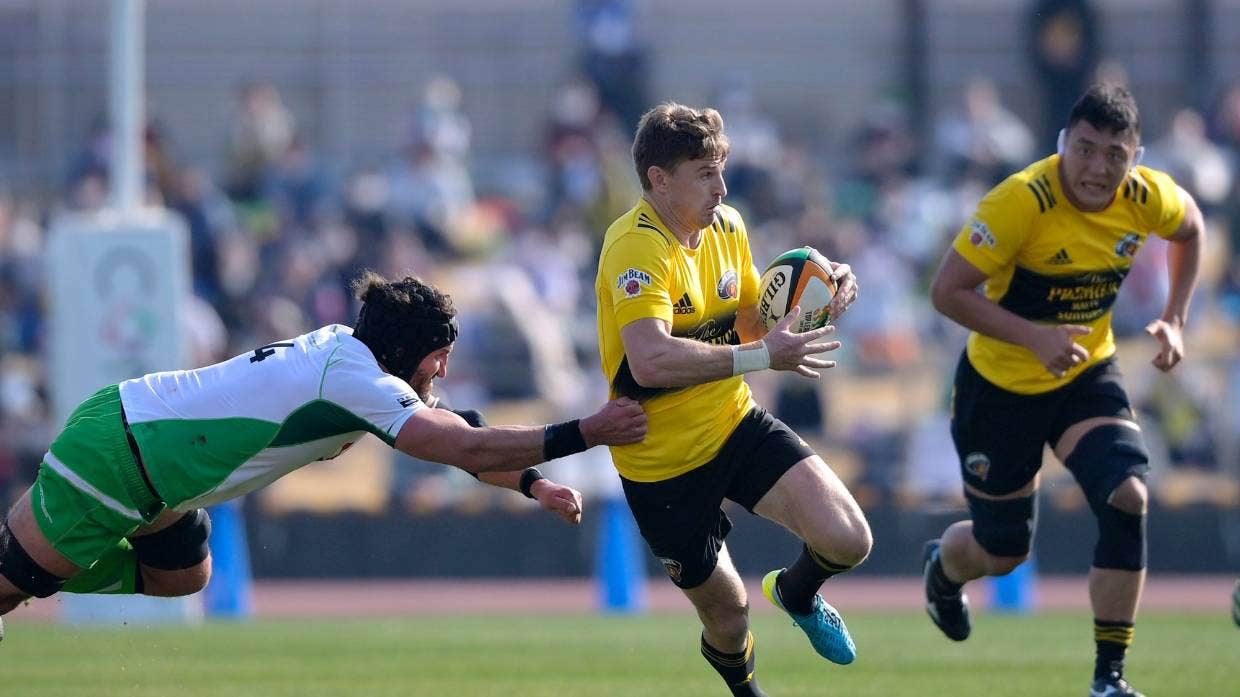 Beauden Barrett of the Suntory Sungoliath is tackled by Makoto Daniel Linde of the MHI Sagamihara Dynaboars during the opening round of the Top League. Picture: STUFF SPORTS.

All Blacks greats Beauden Barrett and Kieran Read remain in the hunt for a Japan Top League title while coaches Steve Hansen and Robbie Deans will clash in the semifinals.

Deans’ Panasonic Wild Knights will meet Toyota Verblitz – where Hansen is director of rugby – in one playoff on Saturday, while Barrett’s unbeaten Suntory Sungoliath will oppose ex-All Black Ryan Crotty’s Kubota Spears in the Sunday semifinal.

Neither of the former Canterbury and Crusaders coaching cronies will relish losing to the other, such is their pride and rivalry.

Hansen and Deans were first on opposite sides in schools rugby in Christchurch in the 1970s.

They teamed up to coach Canterbury to a NPC title and coached the Crusaders to the 2000 Super Rugby title, before Hansen left for Wales a year later.