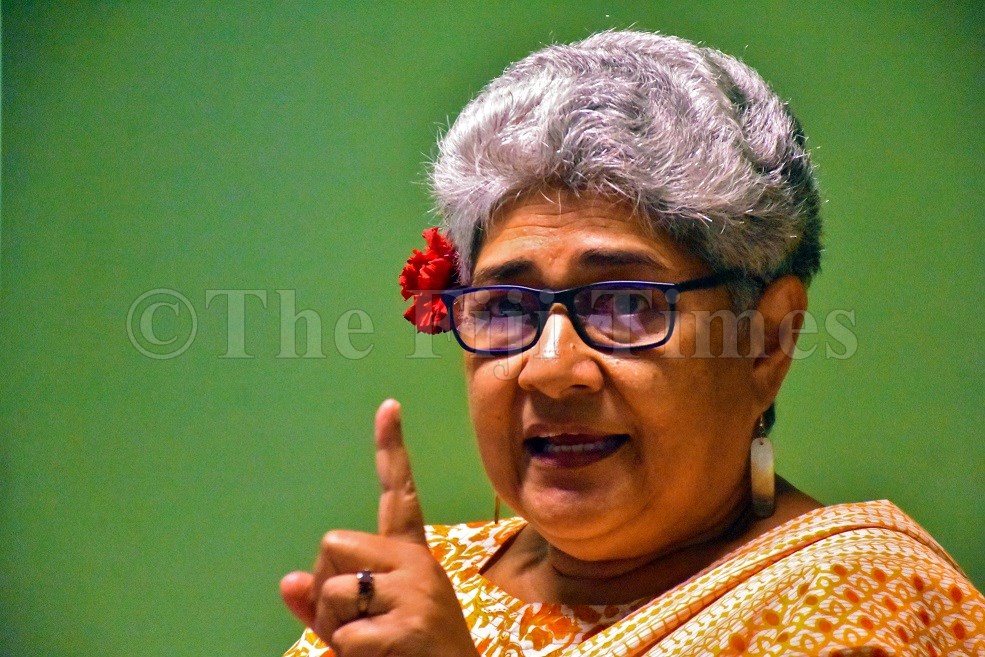 She made the comment in light of the recent Office of the Director of Public Prosecutions (ODPP) Serious Crime (Non-Sexual Violence Offences) statistics for last month which indicated that 10 police officers were part of the 101 accused that were charged for various offences.

“We need advocates within the force like senior officers being advocates against violence and crimes of this nature,” she said.

While commending the Fiji Police Force and the ODPP for taking action against these officers, she said these advocates needed to talk about the truth and say that sometimes police might be guilty as well.

“This kind of strong advocacy within the force is needed and unless that happens, we are going to continue seeing this.

“I also have regular meetings with the Police Commissioner and we talk about these issues. We raise our concerns and talk about possible areas of collaboration.”

Ms Ali said often there was this excuse that officers are being singled out but there is no excuse because they were keepers of the law and have to be above civilians.

“They are supposed to protect people from this kind of behaviour so there is no excuse whatsoever for them to commit these crimes.

“While we know that there is zero tolerance for this in the Police Force, which we find is not taking place sometimes — we want swift action to be taken by police when there are reports against their officers.”

Ms Ali said disciplinary measures within the force must be stringent.

“If there is zero tolerance it should be treated as such, especially when it comes to crimes.

“Of course there is always awareness but there needs to be monitoring of where the officers are in their level of training and what more they need.

“This also includes regular refresher courses. If the training is not consistent, they forget.”