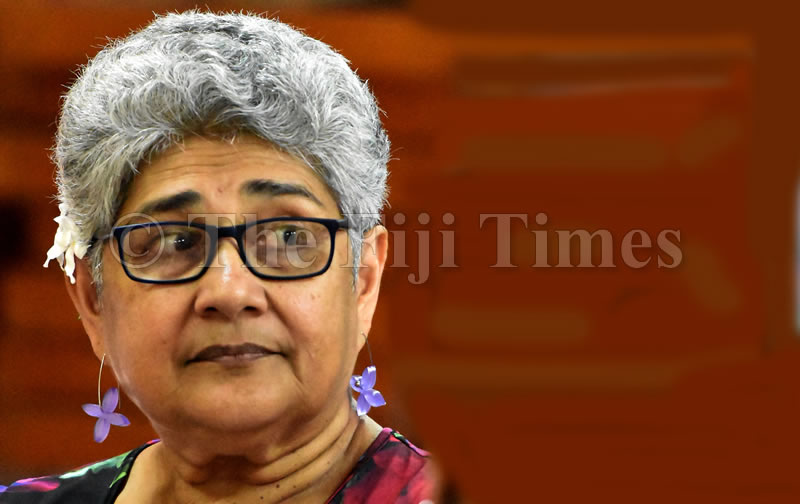 People are airing grievances about their pain, suffering and the shocking conditions of health facilities on social media because of what they or loved ones have experienced.

Feminist and political activist Shamima Ali said this in a statement yesterday where she lambasted Attorney-General Aiyaz Sayed-Khaiyum for using Fijian Broadcasting Corporation’s Aaina talkback show on Tuesday to attack “individuals who were not present to defend themselves nor allowed to rebut the minister”.

“There is total lack of, and complete breakdown in, communication between the Government of the day and the Fijian people,” she said.

“There is no timely release of statistics on COVID-19 testing, vaccination and fatalities despite an assurance that it would be publicly released at 3pm daily.

“The pathetic conditions of our hospitals, delays in receiving treatment, lack of response to calls for medical assistance or food rations while in isolation or by communities-clusters under lockdown, is unacceptable.

“As a result, people are resorting to airing their grievances, grief, pain, suffering and shocking conditions of hospitals on social media.

“The video by a COVID positive patient on social media of conditions at CWM, supposedly the country’s premier medical facility, is both shocking and traumatic.

This is the fundamental truth. Not the senseless rhetoric of a minister, aided and abetted by a taxpayer-funded broadcaster that shirks ethical and moral journalism of fair play and accuracy.”

FBC chief executive officer Riyaz Sayed-Khaiyum referred all queries to manager radio programs Shammi Lochan who said contrary to Ms Ali’s “impetuous claims, we did not and do not aid and abet any politician in any of our talkback shows, unlike her obvious support for politicians”.

She said politicians invited on the show usually criticised their counterparts who “can always rebut the claims or allegations made against them on the show.”

She claimed Ms Ali herself had used the show to criticise others who were not present to defend themselves.

The A-G did not respond to an emailed request for a response to comments made by Ms Ali.