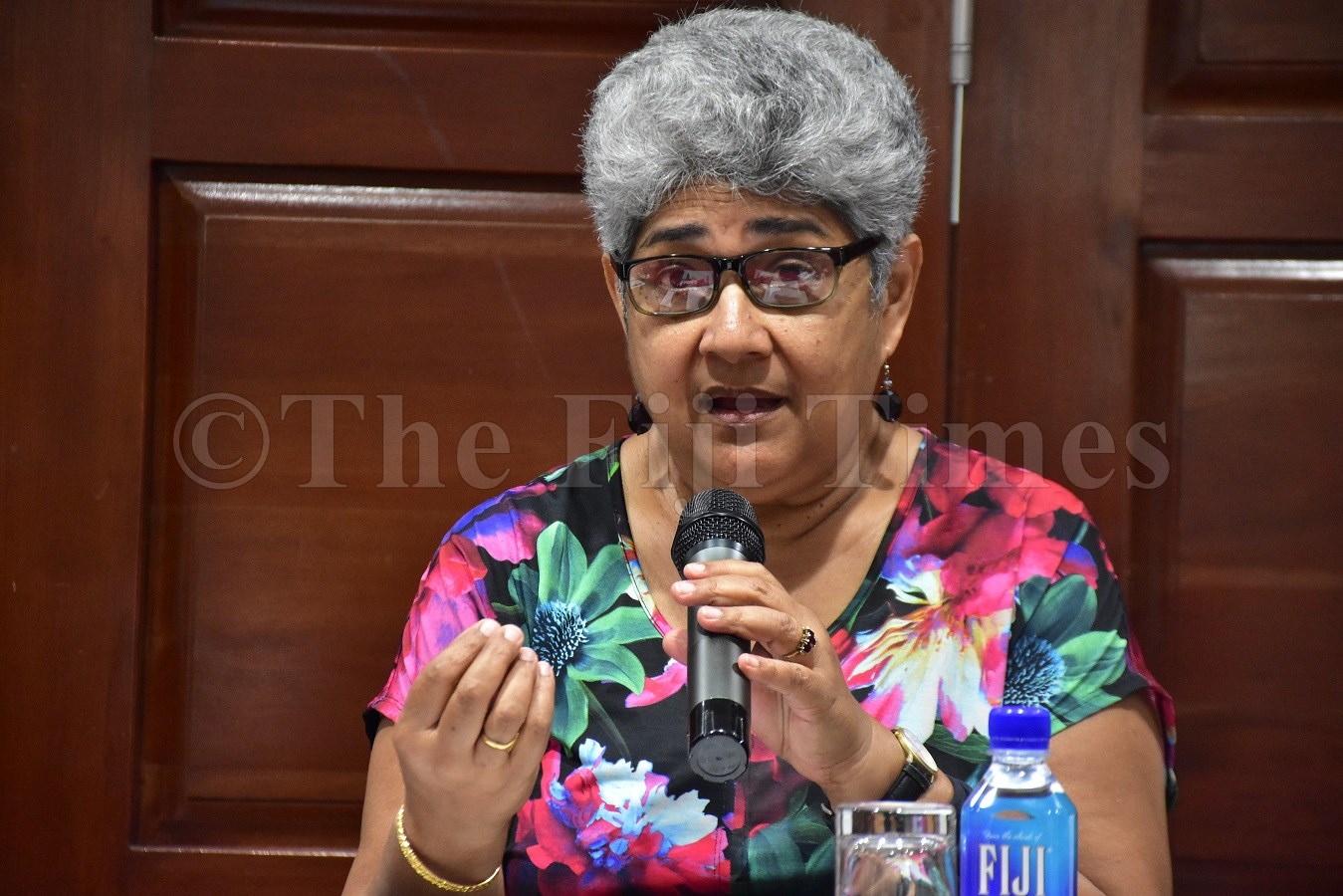 Fiji Women’s Crisis Centre coordinator Shamima Ali stresses a point during the launch of the 16 Days of Activism Against Violence Against Women campaign in Suva. Picture: SOPHIE RALULU

Violence against women in Fiji will never be addressed if our leaders and the media shoot down women whenever they speak out about the issues that affect them.

This was the sentiment expressed by Fiji Women’s Crisis Centre (FWCC) coordinator Shamima Ali during the launch of the 16 Days of Activism Against Violence Against Women campaign yesterday.

Ms Ali said Mrs Vuniwaqa was vilified simply for standing up for what she believed in.

“She was badmouthed, made the front pages of a particular media outlet and so on, putting her down,” Ms Ali said.

“So when women do stand up and speak up, the attitude of the media, our leaders in Parliament, wherever they are, their attitude, what comes out of their mouth is very important because that’s what people look at.

“If the leaders start doing those kinds of things, expressing misogynistic things, acting a particular way towards women, saying things that put them down, that gives rise to more violence because other people watching say ‘it’s OK’.

Ms Ali said the media needed to be very conscious about the things it reported and the manner in which it was reported.