Ali: $180b worth of transactions 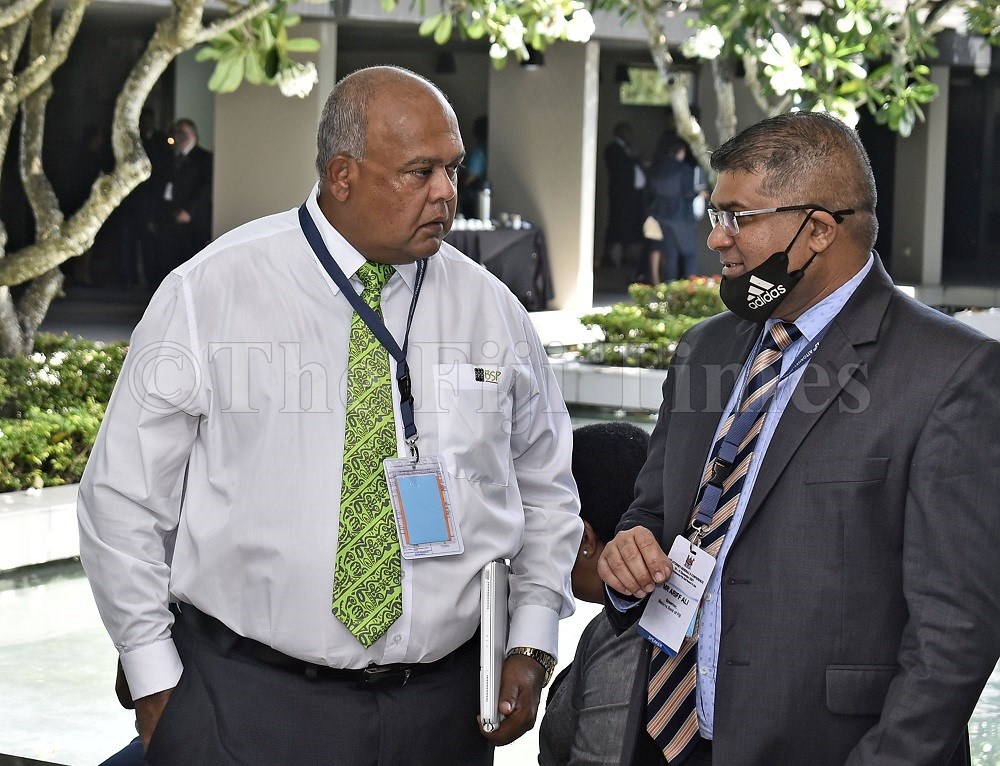 BSP's Haroon Ali (left) having discussions with Reserve Bank of the Fiji governor Ariff Ali during a break at the Attorney-General's Conference at Intercontinental Fiji Golf Resort & Spa in Sigatoka. Picture: BALJEET SINGH

The total value of payments that went through the FIJICLEAR system last year was about $180 billion – about 18 times more than the size of the Fijian economy, Reserve Bank of Fiji governor Ariff Ali said.

Mr Ali highlighted this during the 23rd Attorney-General’s Conference at the InterContinental Fiji Golf Resort and Spa in Sigatoka last week.

“We started the FIJICLEAR system somewhere around 2008 and 2009 and it has significantly grown and the total number of transactions is just below 150,000 per year,” he said.

“The use of credit card payments trend in Fiji has been rising and this went upwards to about $130 million in 2019, and of course it fell last year because of COVID.

“The data so far also shows it’s much lower than 150 (thousand), but the number of transaction peaked at just around 460,000 transactions.”

While presenting to about 350 legal experts, Mr Ali said there had also been a significant rise in the use of ATMs from 2010.

He said the total value was about $1.5 billion and the total number of transactions was at 12 million and this had almost doubled in the past two years.

Mr Ali said there had been a decline in the use of ATMs prior to COVID. “One of the things most banks notice is that next to the ATM is a supermarket and people will go withdraw and use that cash to buy at the supermarket and you can actually use your ATM card when buying goods.

“So with the no fee announced in the previous national budget that has seen more people use EFTPOS significantly and the total value is almost $1 billion of payments going through EFTPOS. “The total number of transaction is somewhere around 5.5 billion.”

Mr Ali said people’s visits to supermarkets increased during the COVID-19 period and one of the reasons was because bars, restaurants and other recreation centres were closed. He added this hopefully could have resulted in more taxes.