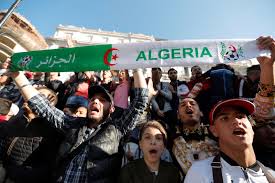 ALGIERS (Reuters) – Algerian President Abdelaziz Bouteflika, facing mass protests over his 20 years in power, will run in April’s elections with an offer to step down after a year if he is re-elected, his campaign manager said on Sunday. The announcement read out by Abdelghani Zaalane on Bouteflika’s behalf was aimed at appeasing those […]