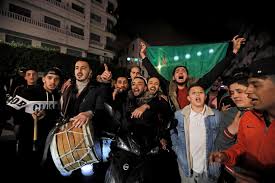 People celebrate on the streets after President Abdelaziz Bouteflika announced he will not run for a fifth term, in Algiers, Algeria March 11, 2019. REUTERS/Zohra Bensemra

ALGIERS (Reuters) – Algerian President Abdelaziz Bouteflika abandoned his bid for a fifth term in power on Monday, bowing to weeks of mass demonstrations against his 20-year rule by people demanding a new era of politics in a country dominated by an old guard. The veteran revolutionary also postponed an election that had been set […]