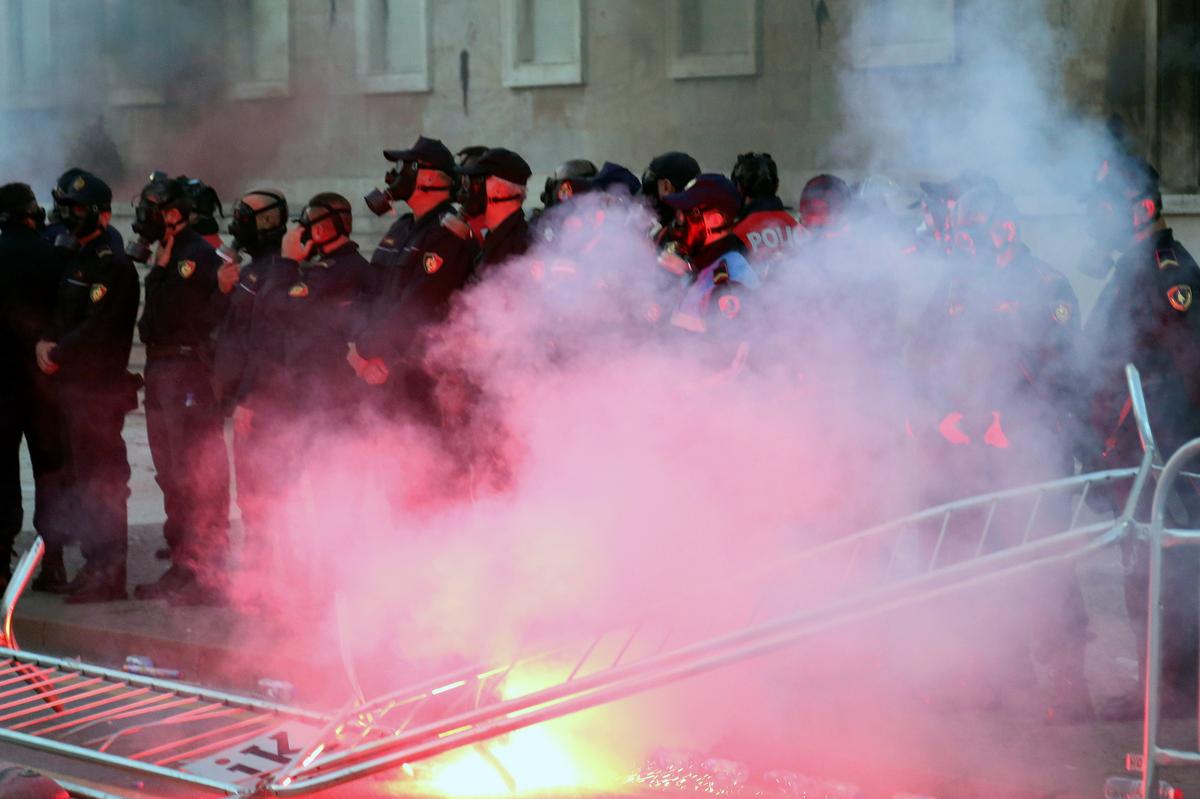 TIRANA (Reuters) – Albanian opposition protesters hurled petrol bombs at the entrance of Prime Minister Edi Rama’s office on Saturday, after three months of demonstrations calling for him to quit over alleged election fraud and corruption.

Chanting “We want a European Albania”, the slogan of pro-democracy protests when the Balkan country dumped communism in 1990, they renewed the call they made since February for snap polls after their lawmakers also cut ties with parliament.

Some protesters, including a group with masked faces, hurled petrol bombs, firecrackers and paint at the entrance of the government building and later at parliament. A dozen policemen and several protesters were hurt, police and reporters said.

During a lull in the attacks at the premier’s building, opposition Democratic Party leader Lulzim Basha said they were “determined to keep waging a bigger and more resolute battle as long as the government was keeping Albania apart from Europe”.

“We are here with a mission, to liberate Albania from crime and corruption, to make Albania like the rest of Europe,” Basha told a crowd of several thousand along the main boulevard.

Recognizing progress, the European Commission recommended Albania start accession talks last year, but the European Council delayed the decision for this year in June as Albania overhauls its judiciary to flush out corrupt judges.

Then the crowd moved near the parliament building where a group of protesters kept hurling petrol bombs and firecrackers, to which police responded with tear gas and water jets. After four hours, the crowd moved to the Tirana police precinct to protest the arrest of a Democratic party official.

Calling the opposition’s policies “blind”, Rama said he was saddened to hear an opposition leader begging the government to quit, and their fire harmed not his government but the country.

The European Union and the United States have called the government legitimate, and have urged the opposition to return to parliament and take part in local elections on June 30.

“The opposition’s stated objective to make Albania’s democracy stronger runs counter to the violence currently being perpetrated by protesters,” the United States Embassy said in a statement, condemning the violence and calling for restraint.