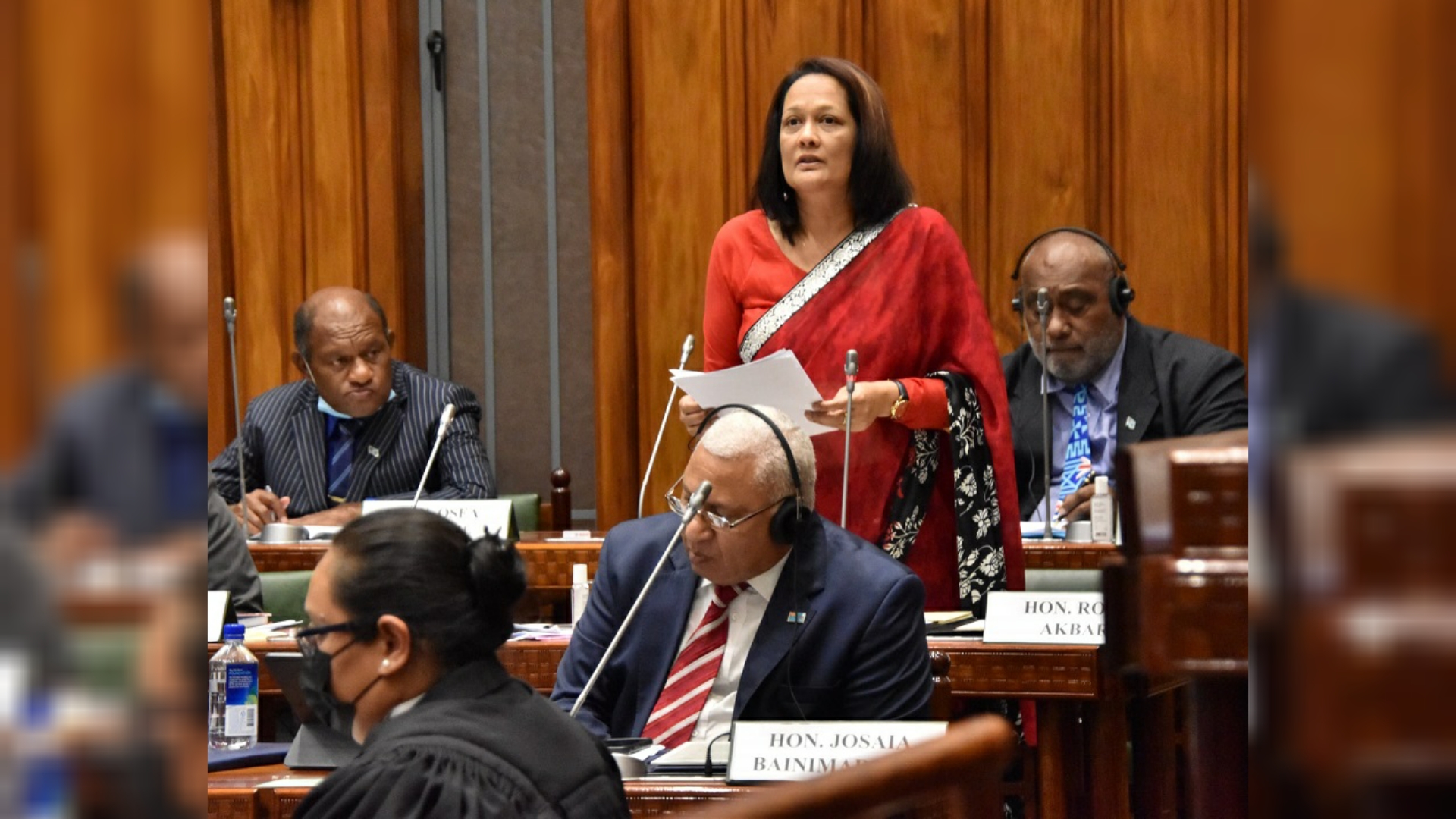 Minister for Women, Children and Poverty Rosy Sofia Akbar makes a point in Parliament. Picture: PARLIAMENT OF THE REPUBLIC OF FIJI

Women are still under-represented in Parliament. Minister for Women, Children and Poverty Alleviation Rosy Akbar made the remark in her response to President Ratu Wiliame Katonivere’s Parliament opening address.

“I emphasise that we, as a people, must take steps to ensure that our women are fully empowered to actively participate in our economy,” Ms Akbar said.

She reiterated what Ratu Wiliame said about public participation saying that it is not only the constitutional right of all Fijians, she is talking about the age to vote, but also to be able to contest elections, and she encouraged more women who aspire to attain political leadership or intend to go on the path to do so.

“I urge all those aspiring women leaders to, please, take part in the coming elections,” Ms Akbar said.

“Of course, I must say if we do not vote for women, then we will never make it to this Parliament,” she said.

“Women need votes to enter this Parliament as well.

“I say this because we have taken huge strides in creating more gender inclusive work environments, but there is still much work to be done.

“While the far-reaching benefits of diversity and gender parity in leadership and decision-making are increasingly recognised in all spheres, women continue to be massively under-represented in leadership positions and the decision making processes in politics, business and communities.

“In order to advance gender justice and gender equality, it is critical that our women hold positions of leadership and participate actively in decision making processes at all level.

“This is also important for advancing economic, social and political progress for all.

“We need more women leaders on board now than ever before, and while we can see more women contesting elections, we should also be able to see more people vote for women leaders. Let me reiterate that.”