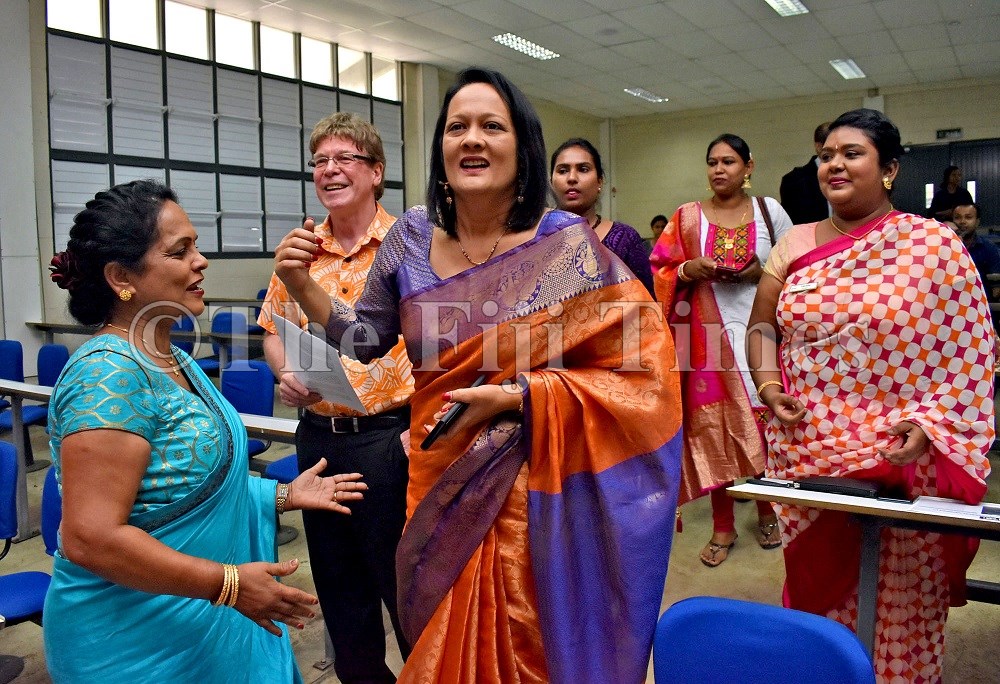 WOMEN are fighting for gender equality because men are not giving them the space to fulfil their potential as leaders.

This was the sentiment shared by Education Minister Rosy Akbar while officiating at the successful leaders in conversation series at the Fiji National University in Nasinu, yesterday.

“We are born equal,” she said.

“Why are we fighting for gender equality, we are equal and if we are born equal then I don’t understand why.

“The reason we have to fight is because men are not giving us the space and again it goes back to the culture and the societal views that we have that men are here and women are down there.

“Let’s live in a society where we don’t fight.”

Ms Akbar said the fight for equality was a battle on a very broad realm.

“Our fight for equality is not with men.

“I think our fight for equality is with humanity. There are so many qualities of a woman that a man cannot match.”

She also said women made better leaders than men.