Akbar assures no students in tents 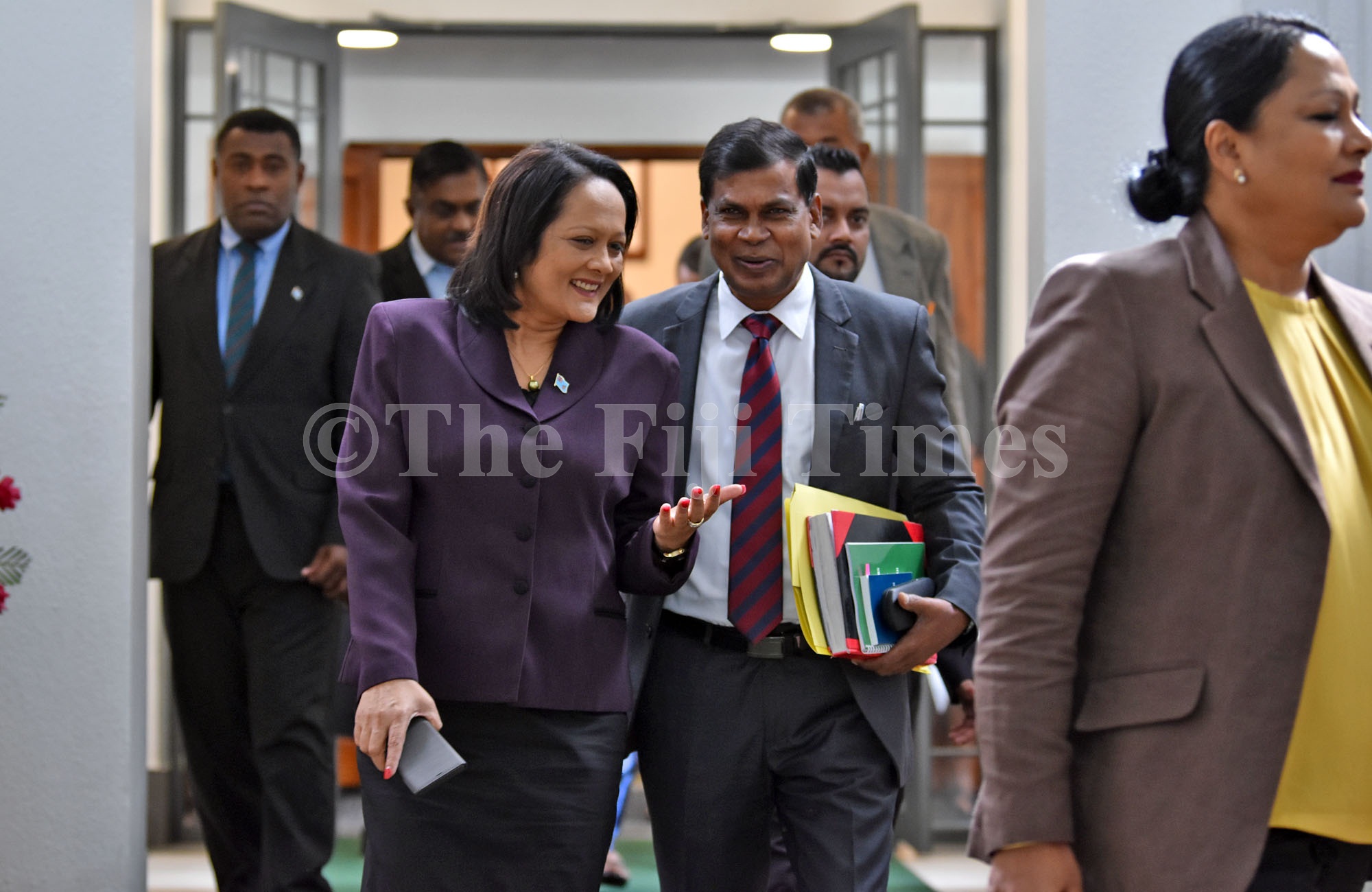 Minister for Education, Heritage and Arts Rosy Akbar shares a light moment with Opposition member Professor Biman Prasad during break between session at the Parliament complex in Suva on Thursday, May 16, 2019. Picture: JONACANI LALAKOBAU

MINISTER for Education, Heritage and Arts Rosy Akbar has reassured Parliament that students who were affected by tropical cyclones were no longer studying in tents.

Ms Akbar highlighted this in her response to the 2019/2020 National Budget, clarifying claims made by Opposition MP Mosese Bulitavu that students were still studying in tents.

“Mr Speaker sir, we have addressed the damage left by TC Winston, Keni, Josie and Gita with 15 schools that are yet to be completed by 2019,” she said.

“As I’ve said before, this has been a major undertaking with construction of 400 buildings and more than 950 buildings being upgraded. We will have to build back better.

“A statement made by honourable Bulitavu, that we still have children studying in tents, I can assure the House to date since the beginning of the school year we have had no child studying under a tent anywhere across the country.”

While addressing Parliament in his response to the national budget delivered on June 7, Mr Bulitavu said reckless spending was the real reason for the budget deduction this year.

“Mr Speaker sir, where is the TC Winston performance audit, which business benefited from what grassroots level people call as a scam,” he said.

“Some people still have not rebuilt their homes, children are still in tent classrooms, they are waiting for the delivering of materials.”