Airlines beg for rescue as coronavirus hit soars to $250 billion 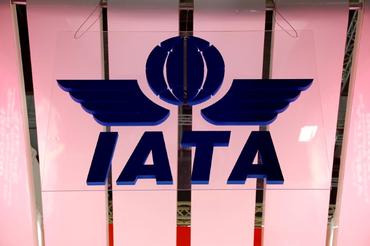 LONDON/PARIS (Reuters) – Global airlines urged governments on Tuesday to speed up bailouts to rescue the air transport industry as they doubled their estimate of 2020 revenue losses from the coronavirus crisis to more than $250 billion.

With planes unable to fly because of travel restrictions, compounded by a plunge in demand over fears of contagion, airlines worldwide have grounded most of their fleets, and many have said they need government support to survive.

The industry is now contemplating months without flying. Ryanair (RYA.I), Europe’s biggest airline by passenger numbers, said on Tuesday it did not expect to operate in April or May.

Many will not survive such a hammer blow to their finances. IATA said that without government support, up to half of airlines face possible bankruptcy in the coming weeks.

“We have a liquidity crisis coming at full speed – no revenues and costs still on our (books), so we desperately need some cash,” de Juniac said.

Airline stocks have been among the biggest casualties of a financial market rout sparked by fears of a global recession, but Vertical Research Partners analyst Robert Stallard said the full extent of coronavirus’ impact on the aerospace industry could turn out to be even worse than current dire forecasts.

IATA chief economist Brian Pearce said European airlines were most at risk, with airline capacity in the region forecast to be down 90% for the second quarter of 2020.

Analysts have said indebted Norwegian Air (NWC.OL) is one of the most vulnerable, but it was helped by a small government cash injection on Tuesday as it began talks with creditors worried about its liquidity.

IATA broadly stuck to a forecast last week that government bailouts worth about $200 billion were needed, even as it more than doubled its estimate for 2020 revenue losses to $250 billion, compared with $113 billion forecast 2-1/2 weeks ago. That would represent a 44% decline on 2019.