Airline has capacity to cater for flights 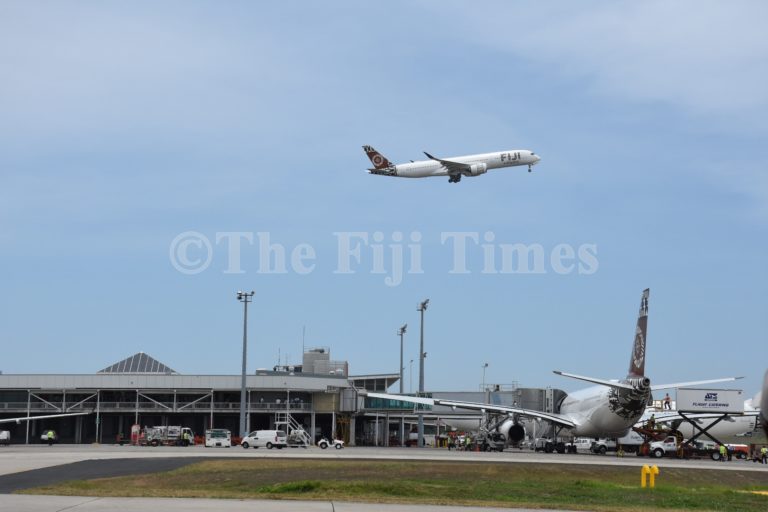 Fiji Airways has enough fleets to meet its demand particularly when it begins the Nadi Vancouver flight on November 25.

Managing director and chief executive Andre Viljoen said this as the national carrier begins its preparations for the much-anticipated inaugural flight in two months’ time.

“We’ve got capacity and especially with Hong Kong closed and Japan closed and we have spare capacity now and that’s why Vancouver makes sense,” the CEO said.

“It’s all about all the aircraft, we try to use as maximum we can and we have enough capacity in terms of fleet for that.

“Vancouver is a very good market for us and that’s the sole reason we’re going there because of the business opportunity it presents us.”

The national carrier has also established massive bookings for the inaugural Nadi-Vancouver flight in November.

Mr Viljoen said while the bookings through November looked good, the forecast for January and February 2023 was even better. Economy Minister Aiyaz Sayed-Khaiyum also recently told Parliament that Fiji Airways Nadi-Vancouver direct flight would not only tap into the 100,000 Fijians on the Northwest Coast but also on the Eastern Seaboard of Canada, including Canadians themselves.

He also indicated that Seattle and Portland not only have Fijians but also Tongans and Samoans who reside in those two cities.

Mr Sayed-Khaiyum said this would make it easier to travel to the Pacific, enhancing Nadi as a transit hub for the Pacific region.