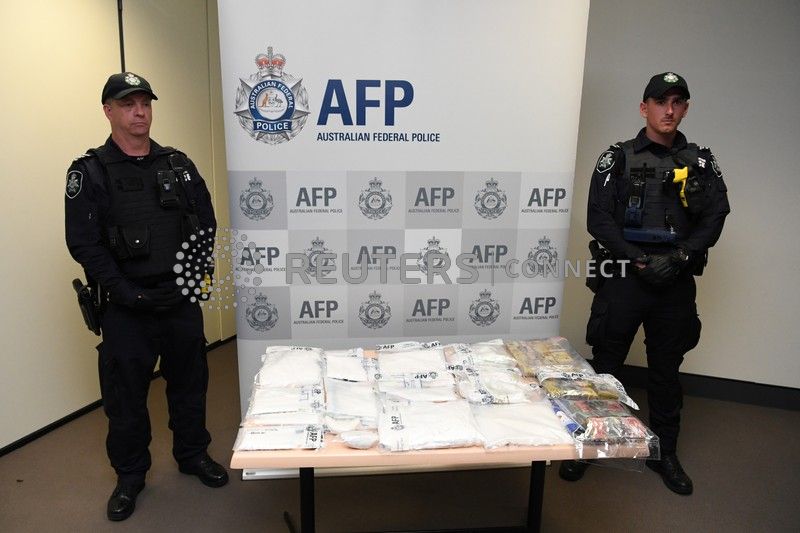 SYDNEY (Reuters) – An employee of a Malaysian airline was among eight people arrested in Australia on charges of trafficking more than 14 kg (30 lb) of heroin, cocaine and methamphetamines, Australian authorities said on Wednesday.

The suspect worked for Malindo Air, a subsidiary of Indonesia’s Lion Air, which said the crew member had been suspended with immediate effect pending termination.

“Malindo Air stands ready to co-operate with all the relevant authorities be it in Australia or in Malaysia in this regard,” it said.

The 38-year-old airline crew member was part of a group that brought drugs from Malaysia for sale in Australian cities, police and customs officials said in a statement.

Police seized some 14 kg of drugs when the suspects were rounded up.

“Intelligence would tell us that this crew has been operating for some years. I would say five plus,” Walsh said.

Australia is a lucrative market for suppliers of drugs from Southeast Asia. It has one of the world’s highest per-capita rates of methamphetamine use, government statistics show.

Police said they had made the eight arrests over the past 10 days, detaining four women and four men aged between 26 and 55 in and around Melbourne.

They appeared in court on Wednesday on drug trafficking charges. No pleas were entered and they will next appear on May 15.

Police said they seized 6 kg of heroin, 8 kg of methamphetamines, 500 grams of cocaine, along with a “significant quantity” of cash and a Porsche Macan SUV and Mini Cooper car.