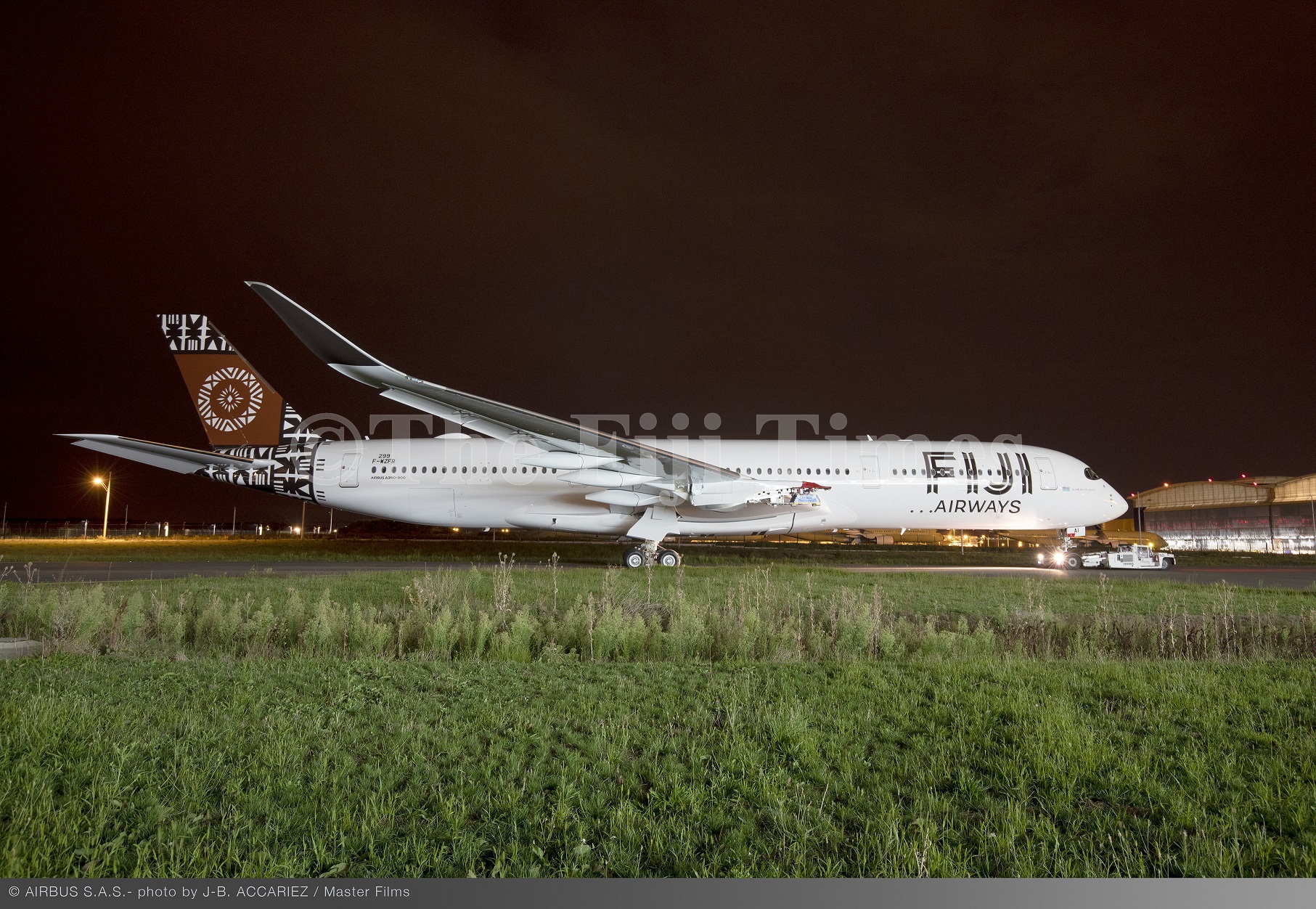 NATIONAL airline Fiji Airways CEO and managing director Andre Viljoen said the company went through a rigorous process to find a new aircraft that could increase passenger and cargo capacity.

While speaking at the official handing over ceremony of the Airbus A350-900 wide bodied aircraft last Friday, he said their current find fitted the bill of what they were looking for.

“We went through a very rigorous and thorough campaign where we basically evaluated all the different aircraft that could meet our mission, the economics, the fuel saving and also the passenger comfort,” he said.

“By far, the Airbus A350 championed that cause for us. We believe that it’s the right aircraft.

“It’s going to give us all of the benefits that we basically set out to achieve in our campaign.”

He said the company stood to benefit economically from its new investment.

“Firstly, from an economics point of view, it saves 25 per cent of fuel.

“Fuel saving is vital given the price of fuel. From the customer’s perspective, it has full life beds in business which is a huge step up for us.

“Our current products don’t have that. It has 33 business seats which are super diamond. It is a wonderful product and also a lot of space in economy.

“The extra wide body is a great feature. There is a lot of cargo capacity which is very important for us.”

He added the acquisition of the new bird was also a huge feat for the national airline.

“I understand that the normal entry into service is 18 months but our team did it with the support of Airbus in five months.

“They did an amazing job.”

Mr Viljoen and the Attorney-General, Aiyaz Sayed-Khaiyum, travelled to Dubai to showcase the new aircraft at the Dubai Airshow before travelling to Australia where the new Airbus would be inspected by Prime Minister Voreqe Bainimarama.

The new plane is expected to arrive at the Nadi International Airport on November 23.