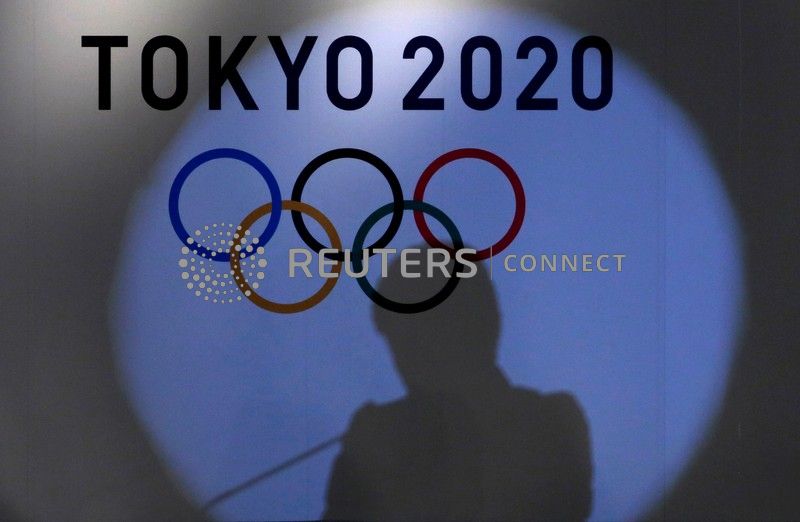 FILE PHOTO: A shadow of of Tokyo governor Yuriko Koike is seen on the logo of Tokyo 2020 Olympic games during the Olympic and Paralympic flag-raising ceremony at Tokyo Metropolitan Government Building in Tokyo, Japan, September 21, 2016. REUTERS/Toru Hanai/File Photo

LONDON, 20 NOVEMBER 2019 (INSIDE THE GAMES) – Airbnb has been officially unveiled as a new multi-million-dollar global sponsor of the International Olympic Committee (IOC) by President Thomas Bach at a press conference in London.

Insidethegames had revealed last Friday (November 15) that the online marketing site for private accommodation would be formally unveiled in a deal today.

The deal is worth an estimated US$500 million (£386 million/€452 million) in cash and value in kind and covers the next five Olympic Games, starting with Tokyo 2020.

The five cities are among Airbnb’s biggest markets for private accommodation rentals worldwide.

The deal is “designed to create a new standard for hosting that will be a win for host cities, a win for spectators and fans, and a win for athletes”, the San Francisco-based company, founded in 2008, claim.

Under a deal signed last year, Airbnb will also become a worldwide partner of the International Paralympic Committee.

A key part of the new sponsorship includes the launch of Airbnb Olympian Experiences, where travellers will be given the opportunity to train with elite athletes or explore a city with them.

“This innovative partnership underpins our strategy to ensure that the efficient staging of the Olympic Games is sustainable and leaves a legacy for the host community,” Bach said.

“With Airbnb’s support, we will also develop new opportunities for athletes around the world to develop their own direct revenue streams through the promotion of physical activity and the Olympic values.”

In addition, the IOC has promised to make at least US$28 million (£22 million/€25 million) worth of Airbnb accommodation available over the course of the partnership to athletes competing in the Olympic and Paralympic Games for competition and training related travel.

“Airbnb and the IOC have a strong track record in creating and accommodating the world’s greatest events,” Airbnb co-founder Joe Gebbia said.

“Our Olympic partnership will ensure that the Games are the most inclusive, accessible and sustainable yet, and leave a lasting positive legacy for athletes and host communities.

“Airbnb’s mission is to create a world where anyone can belong anywhere, and we are proud that the Olympic spirit will be carried by our community.”

Other members of the IOC worldwide sponsorship programme include Alibaba, Atos, Bridgestone, Dow and GE.

This new deal, the first major sponsorship Airbnb has signed, will help raise its profile before a multi-billion-dollar public listing due next year.

It is estimated that Airbnb, which has approximately seven million listings in almost every country in the world and 150 million global users, could be worth as much as $42 billion (£33 billion/€38 billion).

Airbnb reportedly made more than US$1 billion (£777 million/€907 million) in revenue in the second quarter and generated profits in both 2017 and 2018, before including interest, taxes, depreciation and amortisation expenses.