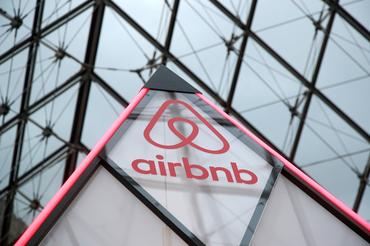 FILE PHOTO: The Airbnb logo is seen on a little mini pyramid under the glass Pyramid of the Louvre museum in Paris, France, March 12, 2019. REUTERS/Charles Platiau

LONDON (Reuters) – Home rental startup Airbnb said on Wednesday it supported the development of a digital services tax regime being discussed by the Organisation for Economic Co-operation and Development (OECD) to bridge a divide between the United States and Europe.

The OECD talks involve over 100 countries on a major rewrite of global tax rules to bring them up to date for the digital era, but they have so far not produced results as the negotiations have been complicated by the coronavirus pandemic.

“The almost century-old system we still use today was not designed with today’s increasingly digital economy in mind and it should be improved,” Airbnb said in a statement backing the OECD talks.

“We believe that for a global tax system to work effectively and efficiently, it needs to be truly global, consistently applied across borders, and simple to comply with.”

The EU and Britain view digital service taxes as a way to raise revenue from the local operations of big tech companies which they say profit enormously from local markets while making only limited contributions to public coffers.

But the United States has said that a digital services tax announced last year by France discriminates against U.S. tech firms such as Alphabet’s Google (GOOG.O), Facebook (FB.O) and Apple Inc (AAPL.O).