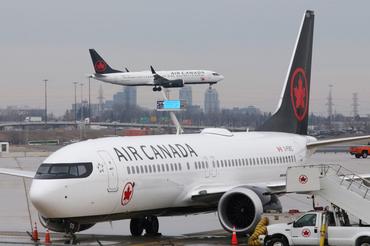 BRUSSELS (Reuters) – Air Canada’s (AC.TO) bid for Canadian tour operator Transat AT Inc (TRZ.TO) may result in higher prices and less choice for flights between Europe and Canada, EU antitrust regulators said on Monday as they opened a full-scale investigation into the deal.

Shares of Transat closed down about 7% at C$7 on Monday.

The European Commission said the deal could significantly reduce competition on 33 routes between Europe and Canada.

The EU antitrust enforcer said other European airlines were just distant competitors and that WestJet was not a sufficiently strong rival.

“This is a challenging time, especially in markets severely impacted by the coronavirus outbreak, but a return to normal and healthy market conditions must be based on markets that remain competitive,” European Competition Commissioner Margrethe Vestager said in a statement.

Transat said in a statement that it was studying the commission’s decision.

The company also said it had notified Air Canada that it intends to activate the first of the three one-month extensions of the outside date set for the deal, which is now postponed to July 27 from June 27.

The deal is now expected to close in the fourth quarter of 2020, Transat said. The company had initially said it anticipated the deal would close early this year.

Transat and Air Canada had declined to offer concessions to address the commission’s concerns during the European Union’s preliminary review of the deal.