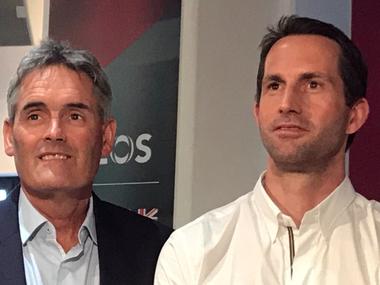 LONDON (Reuters) – Ben Ainslie will helm the British entry in the 2020 series of SailGP with backing from INEOS Team UK, adding the catamaran competition to his campaign to win the America’s Cup in New Zealand in 2021.

SailGP said on Tuesday that Ainslie, the most successful Olympic sailor, has signed up to the 2020 circuit which will pit crews from Australia, China, France, Great Britain, Japan and the United States against each other in high-speed catamarans.

Culminating in a winner-takes-all $1 million prize, SailGP was established in 2018 by Oracle founder Larry Ellison and Russell Coutts after Emirates Team New Zealand lifted the last America’s Cup and opted to move back to monohulls.

The foiling F50 catamarans used in SailGP, which lift up above the water on hydrofoils, are an updated version of those used during the America’s Cup in Bermuda in 2017 and in their first season reached 50 knots (93 kilometers per hour).

“The cutting-edge technology, speed and athletic requirements of the championship will provide a great sporting challenge,” Ainslie said in a statement announcing his move.

“With crucial support from INEOS, Sir Ben Ainslie and the Great Britain SailGP Team will be contenders from day one and will create even more thrilling competition across our growing league,” SailGP CEO Russell Coutts added.