Age is not a barrier for Wati 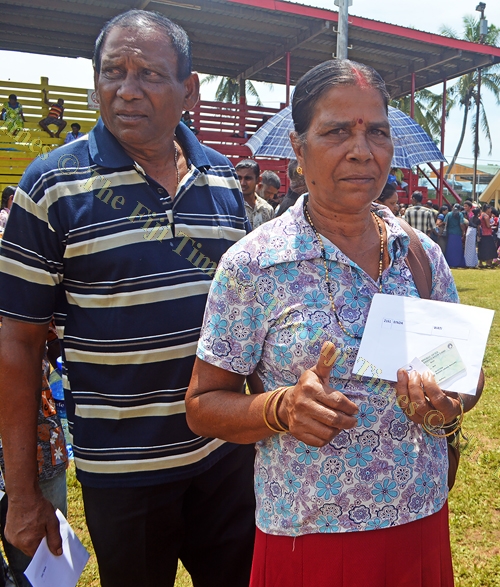 AT their age of more than 60 years, Bindra Wati of Naduna and Vinod Prasad of Wainikoro outside Labasa believe that business entrepreneurship is not for young people only.

With a smile, Ms Wati, 63, who is mother of four children with families of their own, says people her age need small business income generation projects to make themselves independent.

Ms Wati said people at an old age were sometimes labelled as a burden because they were not given a chance to look after themselves.

“There are cases involving weak elderlies that really need support and these are the ones that need the attention of their children,” she said.

“For me I want to start a sewing business through the $1000 cheque I received today to support me and my husband.

“The business is just something to earn us enough to put food on the table.”

Meanwhile Wainikoro resident Mr Prasad said he wanted to venture into poultry farming. The 65-year-old sugarcane farmer said he wanted to branch into the farming practice and earn more apart from what he was getting from his cane farm.

“The idea is one which I have taken interest in and I am glad I have the support from my family,” he said.

“With the cheque that I received I will start buying materials for the poultry farm.”

Ms Wati and Mr Prasad were among 1527 people who received micro and small business grant cheques from Minister for Industry, Trade and Tourism Faiyaz Koya.