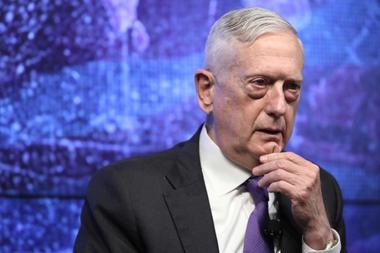 Protests have erupted around the United States since the death on May 25 of unarmed black man George Floyd in Minneapolis police custody.

“Donald Trump is the first president in my lifetime who does not try to unite the American people — does not even pretend to try,” Mattis, who resigned as Trump’s defense secretary in 2018, wrote in a statement published by The Atlantic.

“Instead he tries to divide us. We are witnessing the consequences of three years of this deliberate effort.”

He drew a comparison to the U.S. war against Nazi Germany, saying U.S. troops were reminded before the Normandy invasion: ‘The Nazi slogan for destroying us … was ‘Divide and Conquer.’”

He criticized use of the word “battlespace” by Defense Secretary Mark Esper and Army General Mark Milley, chairman of the Joint Chiefs of Staff, to describe protest sites in the United States.

“We must reject any thinking of our cities as a ‘battlespace,’” Mattis wrote.

Trump’s threats to deploy active duty troops — even in states that oppose their use — has stirred alarm within the U.S. military and in Congress, where a top Republican warned it could make troops “political pawns.”

“Militarizing our response, as we witnessed in Washington, D.C., sets up a conflict — a false conflict — between the military and civilian society,” Mattis wrote.