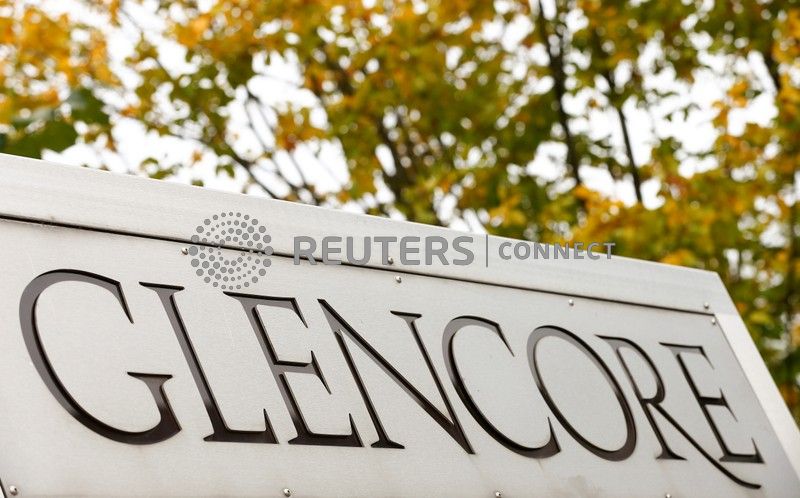 FILE PHOTO: The logo of commodities trader Glencore is pictured in front of the company's headquarters in Baar, Switzerland, September 30, 2015. REUTERS/Arnd Wiegmann

KINSHASA (Reuters) – Congo’s interior minister vowed to remove all illegal miners by Sunday from a copper and cobalt mine run by Glencore following a landslide this week that killed at least 43 of them.

Thursday’s accident at the Kamoto Copper Company (KCC) concession near Democratic Republic of Congo’s southern border with Zambia has focused attention on the dangers run by informal miners, who burrow dozens of meters below ground in search of ore using rudimentary tools.

Glencore estimates that some 2,000 diggers enter KCC property each day. Tens of thousands more work in and around other major mines across Congo’s copperbelt.

“From tomorrow, if you come back here, you won’t see any more clandestines,” Interior Minister Basile Olongo told reporters on Saturday at the mine. “We are going to take measures to evacuate everyone.”

Olongo did not say how the government planned to make the miners leave. The governor of Lualaba province, where the mine is located, told Reuters on Friday that the army would be deployed to KCC to deter miners from entering.

A Glencore spokesman did not respond to a request for comment.

Last week, Congo’s army sent hundreds of troops to the nearby Tenke mine, which is owned by China Molybdenum Co Ltd in response to the presence of as many as 10,000 informal miners there.

Those moves have alarmed human rights activists, who fear they will lead to violent clashes and abuses. The activists also say that security responses ignore the underlying factors that push people to the mines, namely poverty and unemployment.

Despite boasting rich reserves of copper, cobalt, gold, diamonds and tin, Congo is one of the world’s least developed countries, due largely to corruption and misgovernment.

In his remarks, Olongo criticized the miners who lost their lives.

“It’s sad. It is true that we have lost our compatriots, but which compatriots?” he said. “We have lost thieves who came to steal ore.”

Olongo also said the authorities were working to find alternative sites where the miners could work. However, previous initiatives to do so have not been sufficient to absorb a significant amount of miners.