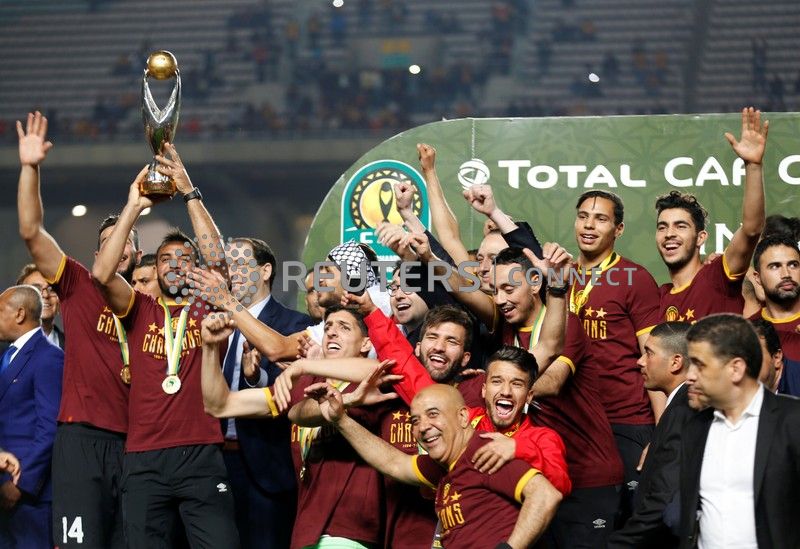 LAUSANNE (Reuters) – The decision to order a replay of the African Champions League final was thrown out by the Court of Arbitration for Sport (CAS) on Wednesday, who told the Confederation of African Football (CAF) to refer the case to its proper disciplinary structures for a decision.

The Swiss-based court’s ruling leaves the final in limbo. The original fixture was abandoned and the match awarded to Esperance after opponents Wydad Casablanca left the pitch following a disputed decision.

After a delay of almost two hours, home side Esperance were handed the trophy and winners’ medals, but were told to return them days later after the CAF executive committee ordered a replay on neutral territory, citing “unsafe conditions”.

After appeals by both clubs, CAS ruled that CAF’s executive committee “did not have jurisdiction” to order that the final be replayed and annulled that decision.

In a statement on Wednesday, CAS said it had referred the matter back to the African soccer body for the “competent CAF authorities to review the incidents” and decide whether the match should be replayed or not.

The two teams had drawn 1-1 in the first leg of the final in Casablanca and Esperance were 1-0 up in the return match on May 31 when Wydad netted what they thought was a 59th-minute equaliser.

Yet the referee ruled it out for offside and turned down animated appeals from the Wydad players to consult the VAR because the system was not working.

Wydad refused to continue and the argument continued on the pitch between the teams and officials for some two hours before the game was called off and Esperance were awarded the trophy.

Five days later, CAF’s executive committee said the second leg must be replayed on neutral territory, a decision made after a meeting in Paris just before the FIFA Congress.

Esperance appealed to CAS to be reinstated as champions after Wydad’s walk off, while the Moroccans argued they should be declared winners or, alternatively, both legs of the final be annulled and a single replay ordered.

CAS said it rejected Wydad’s appeal, but the question of whether the match would be replayed and the associated disciplinary procedure, would need to be considered by the appropriate CAF body.

CAS’ decision will be seen as another slap in the face for CAF’s beleaguered president Ahmad Ahmad, whose committee ordered the replay amid accusations by his critics that he was pandering to the Moroccans.

Ahmad is facing a FIFA ethics investigation into alleged corruption and sexual harassment while CAF’s administration is being taken over on Thursday by FIFA general secretary Fatma Samoura, who is leading an overhaul of the African organisation.