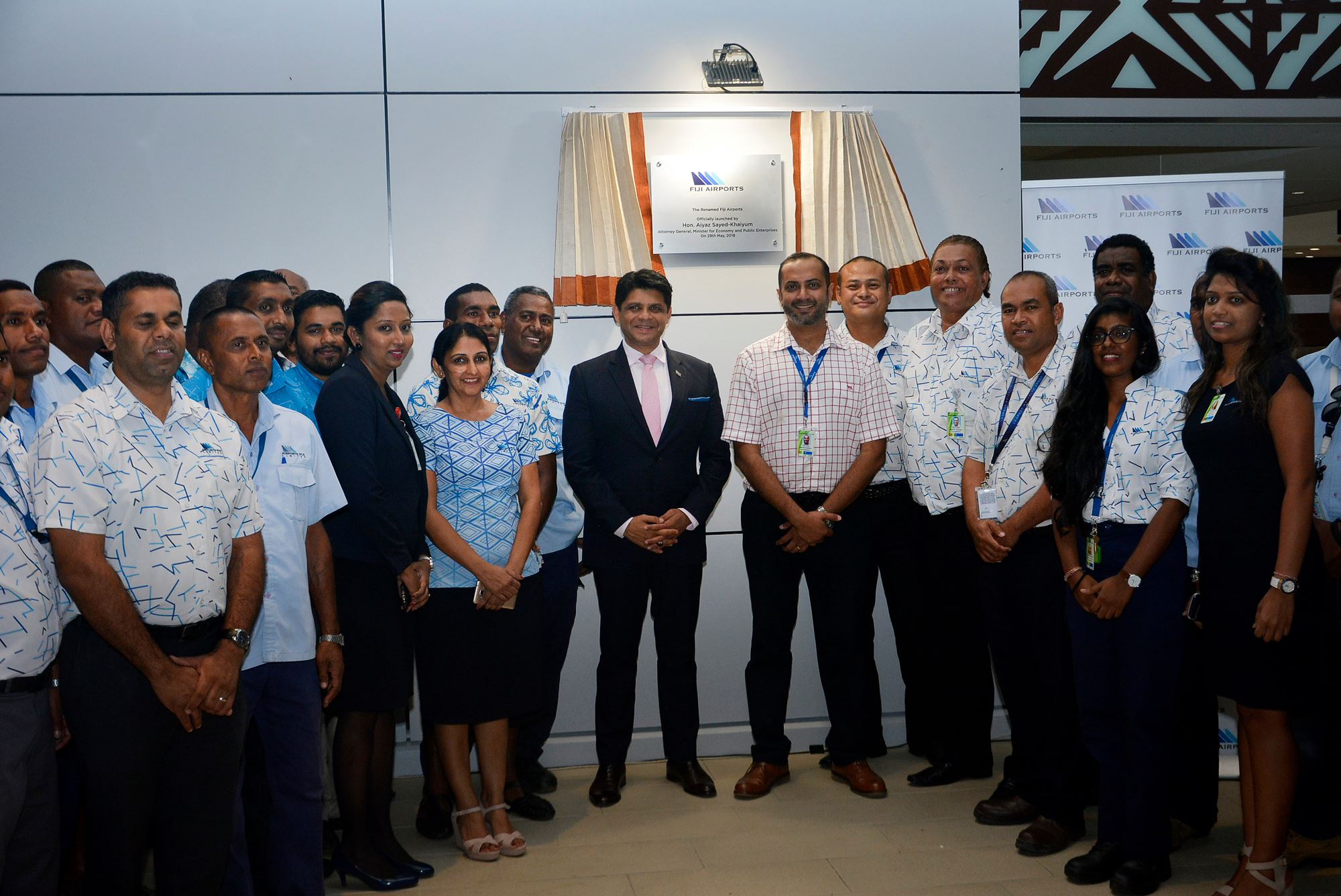 AIRPORTS Fiji Ltd will now be known as Fiji Airports.
The re-naming was announced today by Attorney-General and Minister Responsible for Civil Aviation Aiyaz Sayed-Khaiyum.
Mr Sayed-Khaiyum said the significance of the name change was essentially branding, following suit to other renaming and rebranding exercises recently carried out on state enterprises.
“The significance of the name change is essentially branding. You know that Fiji Airways, which is our national carrier, flies to this airport,” he said.
“So it’s known as Fiji Airways, it’s better for it to be known as Fiji Airports.”
He said the changes were made to ensure that the brand of Fiji was marketed well internationally.
“Because we are a small country, we are a developing country, what we have as our key assets is our actual name,” he said.
Mr Sayed-Khaiyum also indicated that the recent renaming exercises  capitalised on Fiji’s growing international footprint .
“The idea is to ensure that ordinary Fijians benefit from it, from this footprint,” he said.
“We need to have a sense of pride in this product.”
Marking a new chapter for the company, Mr Sayed-Khaiyum also publicly thanked Fiji Airports executive chairman Faiz Khan for his input in implementing the renaming on the ground.
The re-naming is also part of the move towards modernisation plan following the completion of the multi-million dollar Nadi International Airport.