Afghanistan extends election to Sunday due to chaos at polling stations 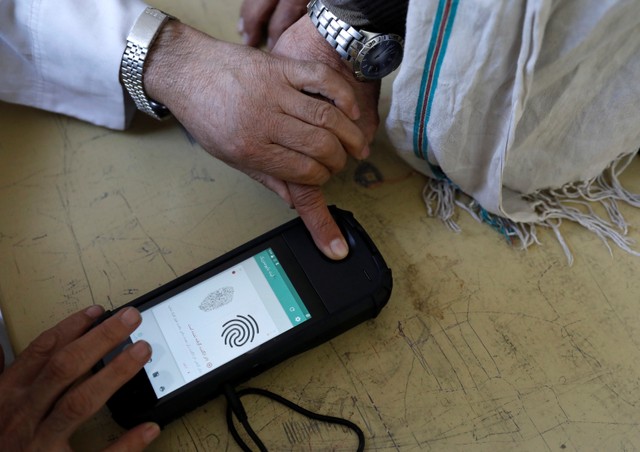 An election official scans a voter's finger with a biometric device at a polling station during a parliamentary election in Kabul, Afghanistan, October 20, 2018. REUTERS/Mohammad Ismail

KABUL (Reuters) – Voting in Afghanistan’s parliamentary election will be extended to Sunday in some constituencies after technical and organizational problems stopped voters casting their ballot in some polling centres on Saturday, government officials said.