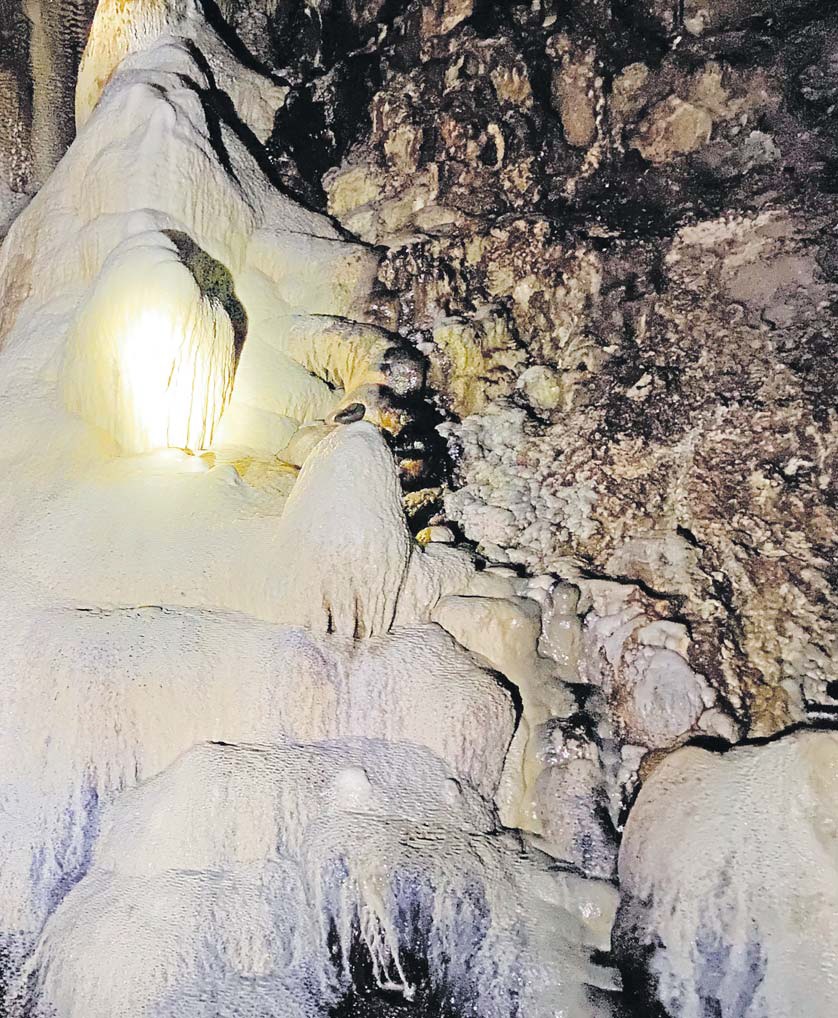 Home to Fiji’s “Sautabu” people during the tribal warfare days, Naihehe Cave was used as a retreat by a local tribe seeking refuge from enemies in the past. Picture: VILIAME NAVOKA

Have you ever had an imperative historical experience? Well if you haven’t, then you have to visit the Nahehe Cave situated in the suburb of the famous Sigatoka Valley.

Last month, my friends and I had the utmost pleasure of visiting this historical place. The trip wouldn’t have been possible if it wasn’t for a youth group called the Hakwa Gang of which I’m a part of.

The group was scheduled to visit and assist families in the village of Toga, Sigatoka – as part of the community work that we have been doing for the past six months. This was how we stumbled upon the valley road that led to the cave – trust me it wasn’t an easy ride nor did our morning twitch off right.

It was in the wee hours of a Saturday morning when my friends and I (who were Suva City dwellers) embarked on a journey to the rugby town of Sigatoka. We were on our way to catch our 7.30am pick up bound for Toga Village when luck wasn’t on our side.

What started off as a beautiful ride with l a u g h t e r a n d lots of music turned into a soundless trip after we encountered some technical glitches.

And just because we didn’t know how to operate the radio in the car, we used a Bluetooth speaker but it didn’t last the trip. But that wasn’t just it, the tyres also bailed on us just a few kilometres away from our destination. I tried pumping air into the tyre but without allowing time for the tyre to fi ll up, I screamed at my friends “we need to change the tyre”.

We removed it and took out the spare tyre in the boot of the car only to find that our spare tyre also had an issue. One of my friends suggested we pump the fl at tyre again and hopefully it works (mind you the car was tilted with only three tyres on). When we pumped the tyre it was working fine.

This was when we realised that the tyre was all good and all we needed to do was to fill in enough air – as expected there was a chorus of laughter. By now it was 7.45am, we were already 15 minutes late. If you thought this was the end of it, it wasn’t. When I drove past the Outrigger Resort at 60kmph in an 80kmph zone, I descended into the Korotogo Village entrance at 61kmph only to be greeted by a police offi cer and handed a ticket for speeding in a 50kmph zone.

Lesson learnt; always adhere to the speed limits when driving. At this point, we were already losing the hype of travelling. Just as we reached Sigatoka Town we boarded a three-ton carrier and straight to the valley road we went. We all looked so fancy in our Hakwa Gang uniforms.

As they say, you wouldn’t know the real beauty of Navosa Province until you’ve travelled up the valley.

No doubt about that – it surely was. Travelling to the upper valley road was a natural roller coaster ride made in Fiji, I would say. There were times I would feel my inner spirit departing my voluptuous body – Kaila!!

Despite the unique road conditions, the scenery of the highlands was just breathtaking. There were different shades of green fields, the kind you would see in a pack of crayons, and different vegetation on both sides of the road. And an hour later, we arrived at our destination. We placed our donations in the village hall, presented our sevusevu to the village headman and went to the cave. For someone who often likes to break rules, I knew these I had to adhere to.

As a Fijian kid you knew that when it comes to traditional protocols and rules, it was never to be played with or broken. We were also given tips on what not to take, for instance, to leave behind any bags and valuable belongings as they could get wet during the tour. Despite the spooky history of the cave, we were very eager to visit it. We were greeted with bats fl ying around us. This they said was a sign of welcome and that our presence in the cave was known to its people.

But for me, it was like I walked into an “Adams Family” movie scene. Home to Fiji’s “Sautabu” people during the tribal warfare days, Naihehe Cave was used as a retreat by a local tribe seeking refuge from enemies in the past. When you enter the caves you will discover the large main chamber which once could be accessed from above.

Following the lantern-lit chambers, we came across the ‘pregnancy gap’ where we were told that girls that were hiding their pregnancy couldn’t make it across. Lucky for us no one was. Other natural features of the cave include fl owstones, sparkling stalactites and stalagmites and underground springs.

We also learned of the cave’s remarkable history as you come across its priests’ chambers, ritual platform and former cannibal oven. The group learned so much history from inside the cave while touring it.

It was now time to get back to the village where we had to accomplish our sole purpose of visiting Toga Village.

We made the distribution, did a few “taura tale” and went back on the bumpy road to Sigatoka Town where we disembarked and dispersed.

If you’re someone who loves to travel and now that the borders are open, make a trip down to Sigatoka and try out this cave tour. The scenery is amazing and the people are so friendly. If given another opportunity

I would do it all over again in a heartbeat.

Until my next travel experience. Shalom.