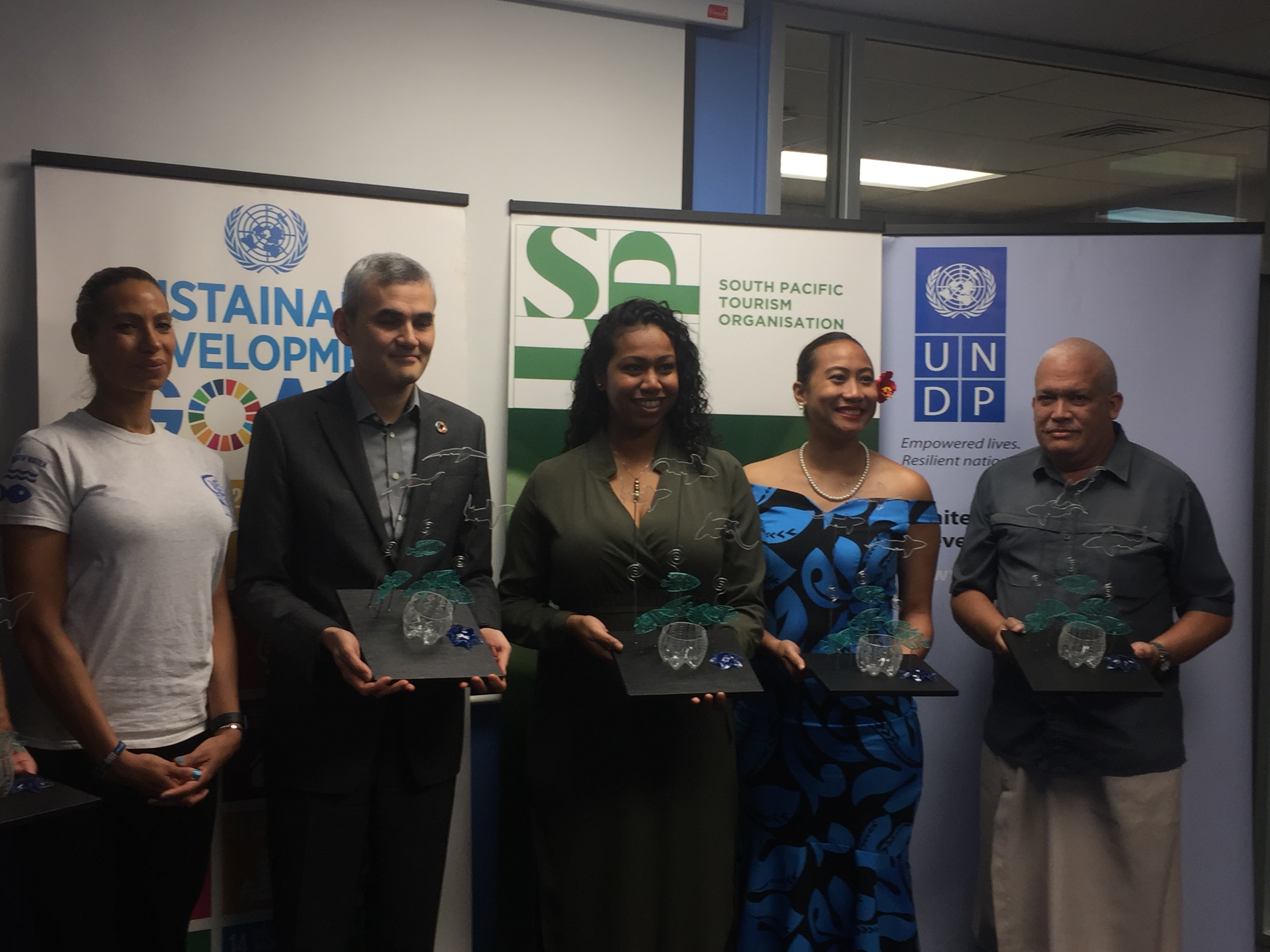 RECOLLECTING words of the former president of Palau Toribiong – ‘If you look at the sharks in the ocean, they are the kings of the sea. If you get the King, you get the Kingdom’.

With this recollection, South Pacific Tourism Organisation (SPTO) Sustainable Tourism Development Manager Christina Leala-Gale said when you adopt a shark you, have earned your place in the Fiji Shark Kingdom.

Ms Leala-Gale made those comments during the launch of the ‘My Fiji Shark’ initiative in Suva yesterday.

She said the event showcased a unique partnership between a global organisation like United Nations Development Program (UNDP) and a regional organisation like SPTO to support a private sector-led Shark Adoption program – through the work of Beqa Adventure Divers in the Shark Reef Marine Reserve (SRMR) in support of Government’s efforts to meet its global commitments through the Ministry of Fisheries.

The launching identifies the important role of the private sector in supporting the SDGs at global, regional and national levels.

“This initiative is a demonstration of private sector engagement in the conservation of our marine resources.”

Islands Business magazine publisher and veteran journalist Netani Rika was one of the first to receive his ‘My Fiji Shark’ plaque after his magazine adopted a shark for US$500.

In receiving the plaque, Rika said sharks, like journalists, were always misunderstood.

“And our reputation is far worse than our bite. But like the shark, we take part in the regulatory process of the nation, we are indicators of its well-being or otherwise, and while we are part of a fraternity, we are also deeply individuals hopefully making us independent much like the sharks,” Rika said.

“It is an honour to be able to do something like this and I believe the media as an industry and as individuals must walk the talk.”